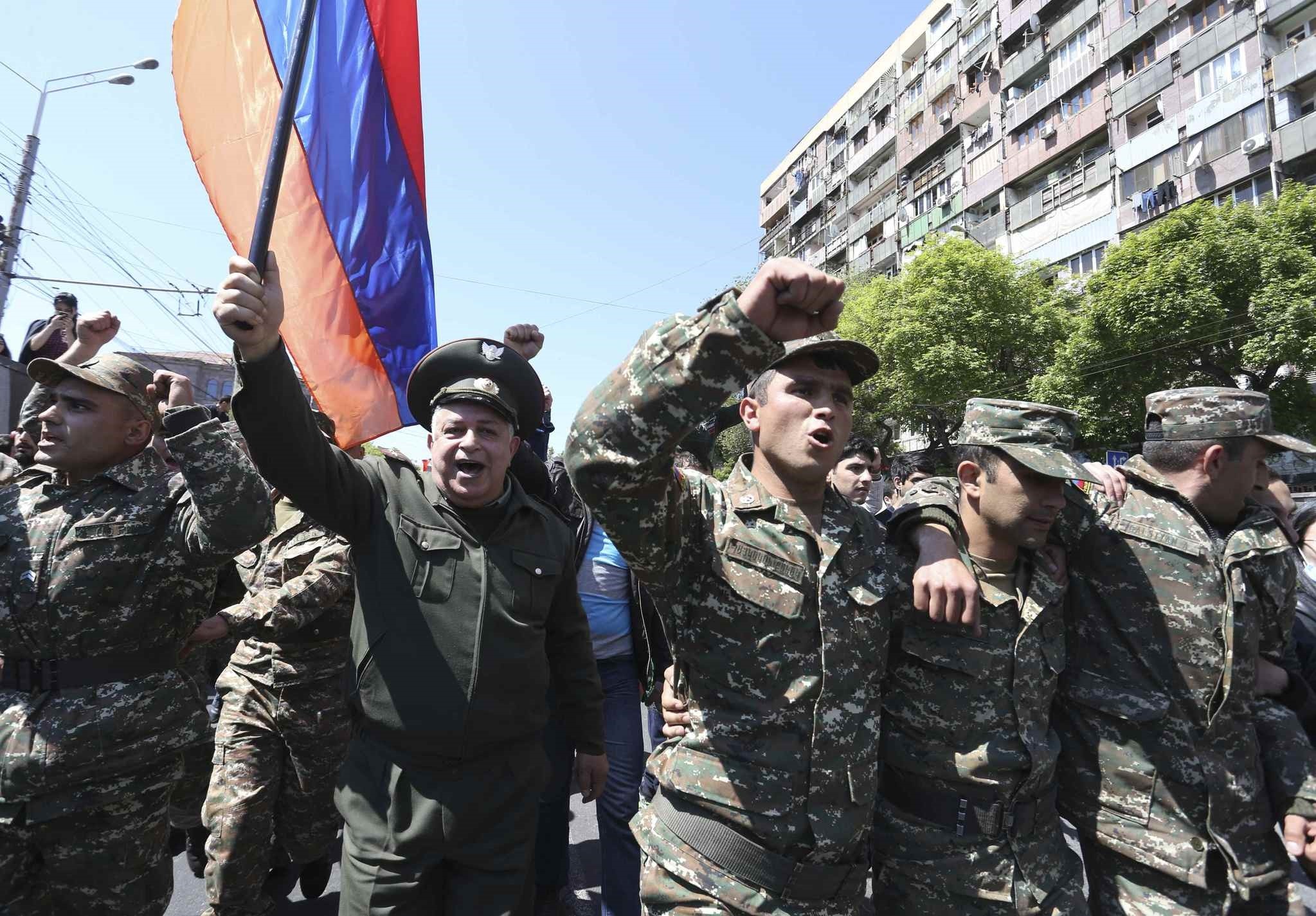 People march during a protest against the appointment of ex-president Serzh Sarksyan as the new prime minister in Yerevan, Armenia April 23, 2018. (REUTERS Photo)
by Daily Sabah with Agencies Apr 23, 2018 12:00 am

A group of Armenian soldiers joined anti-government protests in Yerevan on Monday, the Armenian Defense Ministry said, promising they would be harshly punished according to the law as hundreds of opposition supporters took to the streets of Armenia's capital amid rising political turmoil.

Images of hundreds of men wearing military uniforms marching with protesters had earlier appeared on a live stream of the demonstrations being broadcast on the Internet.

The defense ministry condemned soldiers who took part in protests and said it will take "harsh measures" against the group of soldiers participating.

A group of uniformed former soldiers and veterans who fought in Nagorny Karabakh --an Azerbaijani territory occupied by Armenians in a conflict that broke out at the end of the Soviet era -- marched with the protesters to parliament.

On the 11th day of demonstrations in the ex-Soviet country, young men in small groups briefly blocked roads in Yerevan and shouted slogans such as "Join us!" and "Victory" and the name of protest leader Nikol Pashinyan as drivers beeped their horns in support.

Whereabouts of Nikol Pashinian remains unknown after his talks with President Armen Sarkisian failed, followed by the protest leader's arrest.

Tens of thousands also rallied in Yerevan over the weekend against the rule of Prime Minister Serzh Sargsyan, the country's former president.

As a lawmaker, Pashinian is protected by parliamentary immunity and cannot be arrested without the approval of fellow MPs.

Under Armenian law, MPs can only be arrested without this approval when they are caught committing a crime, in which case they can be held for up to a maximum of 72 hours.

Speaker Ara Babloyan was quoted as saying that he had urged Pashinyan and the others "to take part in real talks".