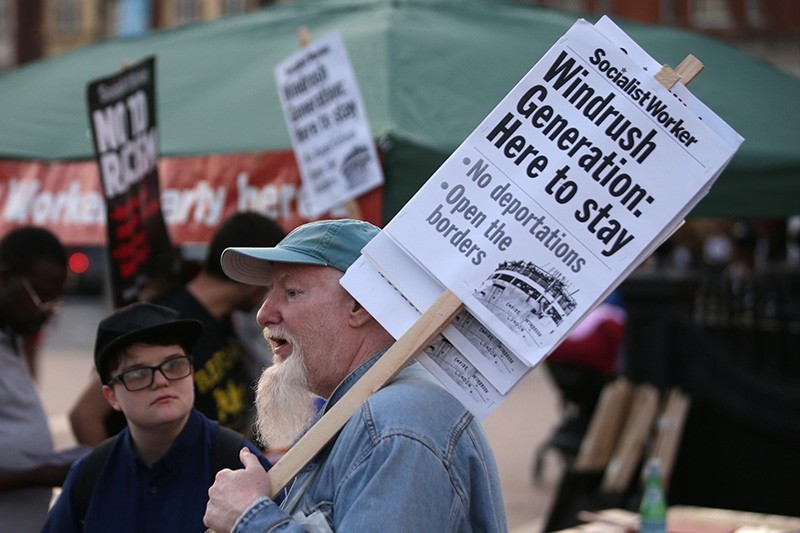 The UK government said Monday that emigrants to Britain decades ago who have been wrongly targeted over their immigration statuses will be eligible for free citizenship, as it tries to contain the continuing crisis.

Interior Minister Amber Rudd announced members of the so-called Windrush generation who arrived in Britain from the Caribbean before 1973, as well as those from other Commonwealth countries, could capitalize on the offer.

She also confirmed that a compensation scheme will be set up for people who have suffered loss or damage because of their inability to show they remained in Britain legally and to access services.

"It is only right that the significant contribution the Windrush generation have made to the UK is recognized," said Rudd, who answered questions on the scandal in parliament.

"I want to ensure they can acquire the status they deserve -- British citizenship -- quickly, at no cost and with proactive assistance through the process."

The so-called Windrush generation, named after the ship that brought over the first group of West Indian immigrants in 1948, were invited to work in Britain after World War II.

They received indefinite leave to remain, but many who later failed to get their papers in order have been targeted by immigration laws intended to create a "hostile environment" for illegal immigrants.

The hardline policy was pioneered after the center-right Conservative Party retook power in 2010 by then-interior minister Theresa May.

May, now prime minister, and other government ministers have been forced to apologize repeatedly for the episode, which overshadowed last week's meeting of Commonwealth leaders in London.

The measures announced Monday will cover individuals who have no current documentation, those who already have leave to remain and want to advance their status, and children of the Windrush generation, the interior ministry said.

People who arrived in the country between 1973 and 1988 will also be supported in resolving their status, it added.

Stakeholders will be consulted on the scope of the compensation and on appointing an independent adviser to oversee the scheme, according to the ministry.

Meanwhile a new customer contact center staffed by experienced caseworkers will be set up to help people navigate the system.

"I hope that the measures I announced today will begin to reassure people as to their position and their valued status in this country," Rudd said.