30 injured after explosion during UK Jewish celebrations in London 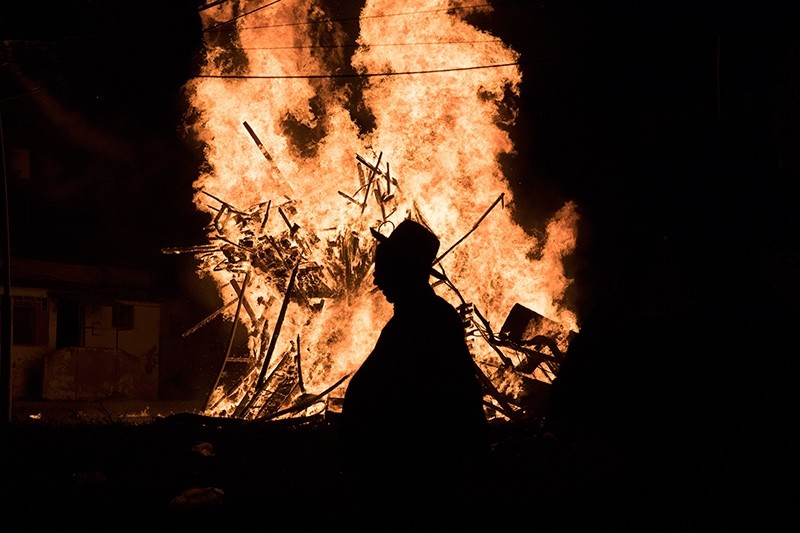 Ultra Orthodox Jews dance around a large bonfire in the neighborhood of Mea Shearim in Jerusalem, Israel (EPA Photo)
by Compiled from Wire Services May 03, 2018 12:00 am

About 30 people were injured following a bonfire explosion during Lag BaOmer Jewish celebrations in London, the British daily Express reported on Thursday.

The explosion in Stamford Hill may have been caused by a mobile phone, according to the report.

Amateur footage seen on social media shows the bonfire exploding when a rabbi tried to start the fire, possibly caused by old cellphones put into the bonfire, according to the Yeshiva News.

Up to 20 people also received minor injuries trying to escape the scene in a panic, according to local media reports.

Jewish ambulance service Hatzola and the London Ambulance Service were at the scene to treat burn victims.

Stamford Hill is a North London district with a large Jewish population.