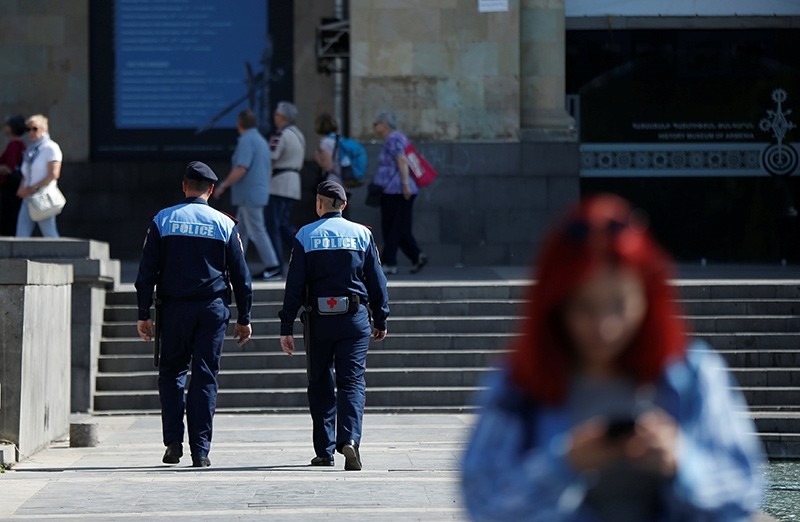 A policeman was hurt in a shooting incident in a bank in Armenia, Russia's state news agency RIA reported on Thursday, citing an Armenian police official.

"Policemen were fired at, there is an injured officer," Ashot Agaronyan, a police official, said, according to RIA.

The location of the bank where the shooting took place was unclear. The incident coincides with increased tensions in the ex-Soviet republic after weeks of street protests against the government that prompted the resignation of the prime minister.