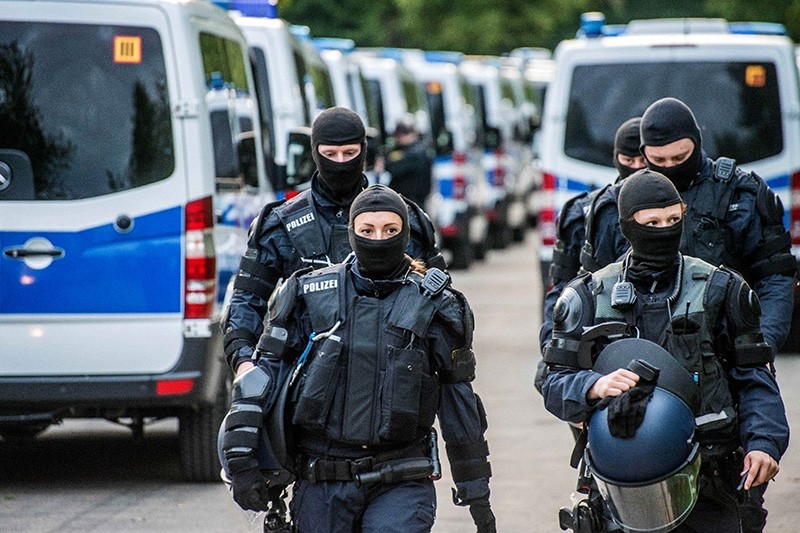 German police launched a raid on a migrant shelter on Thursday where three days ago 150 asylum seekers clashed with police and prevented the deportation of a 23-year-old man from Togo.

The confrontation, which police described as "extremely aggressive and violent", has prompted some far-right and conservative politicians to say the arrival of more than 1.6 million migrants since 2014 has led to a collapse of law and order.

Germany is still grappling with the integration of its migrants, many of whom fled war or conflict in the Middle East. Authorities are still wading through a backlog of asylum case decision, migrants' integration into the labor market is a big challenge and the government is discussing rules for family reunions of migrants.

Police in the southern town of Ellwangen had on Monday night released the man they wanted to deport, identified by media as Yussif O., saying they wanted to avoid an escalation.

During the clashes asylum seekers thumped police cars with their fists and leaving one damaged. The authorities have launched investigations into breach of the peace and other possible offenses but have given no further details.

Police also declined to provide further details of Thursday's early morning raid on the shelter, which it said is home to about 500 people seeking asylum. Most are from countries in Africa including Nigeria, Guinea and Cameroon.

It was not clear whether Yussif O. had been deported.

Senior police official Bernhard Weber said in a statement the rule of law could not be damaged by an outbreak of aggression by a group of people.

"We believe that these people, acting in a highly tense situation, may have drawn into a group dynamic and behaved in a way that they would not have done in a more sober environment."

Right-wing politicians jumped on the clashes.

"The rule of law is being trampled on by its 'guests'. This is just the beginning," said Alice Weidel, co-leader of the far-right Alternative for Germany (AfD) which scored nearly 13 percent in last year's election and is the main opposition party.

"If Germany continues to be led round the ring by the nose instead of making law and order count, the existing problems in this country will become intolerable."

Conservative politician Armin Schuster demanded a tougher line. "There are red lines in our country that are being breached on an almost daily basis by asylum seekers," Schuster told Focus Online. "Anyone who steps over red lines must have their asylum application ended and be deported."