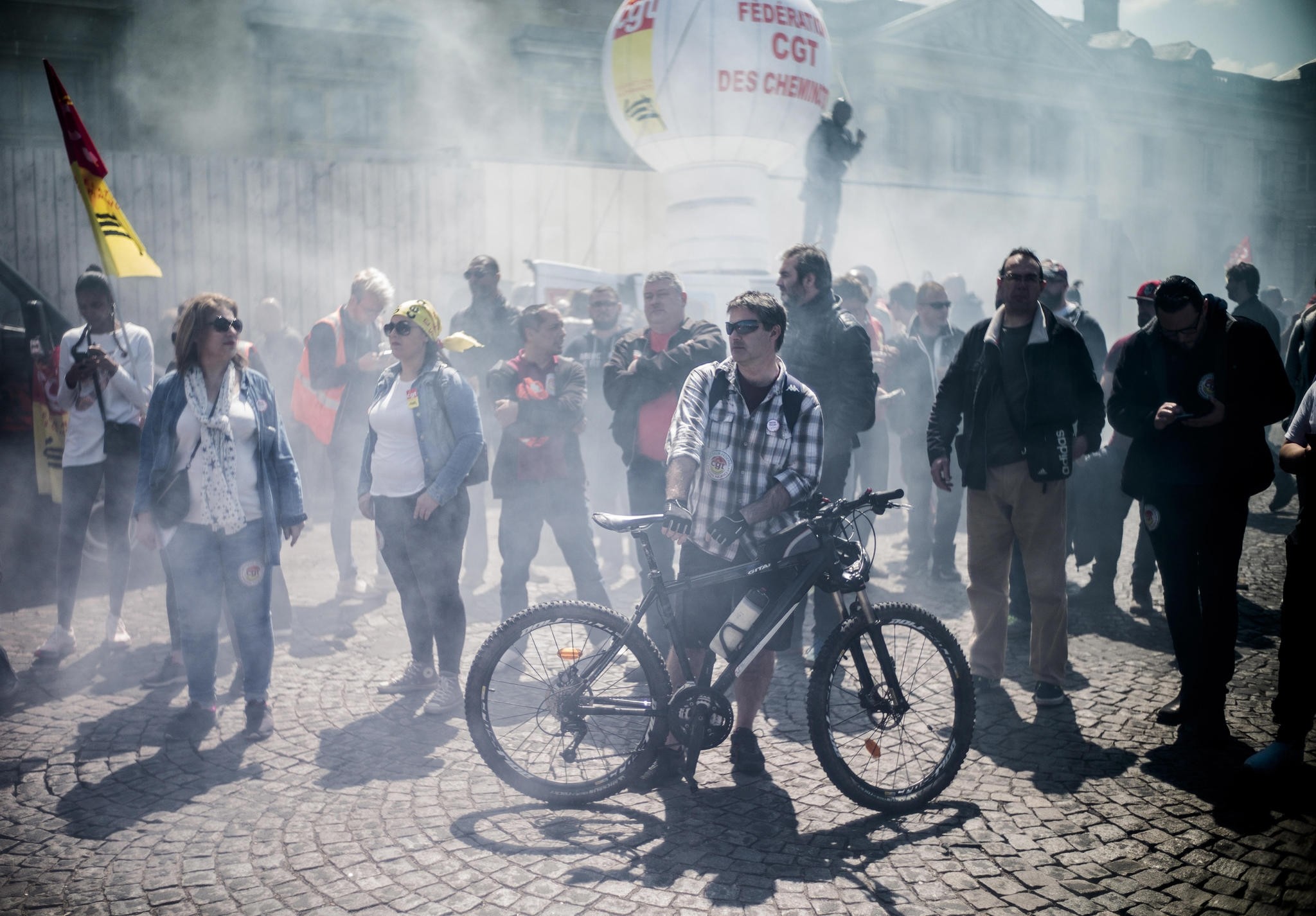 On Wednesday, rail unions held a rally in Paris' city center to "put pressure on the government" before a key meeting with Prime Minister Edouard Philippe next week.

A group of writers, academics and artists who had launched a call to financially support the strikers through an online crowdfunding platform handed over a check for 1 million euros ($1.2 million) to the railway unions during the Paris protest.

More than 25,000 people have so far contributed to the online solidarity pot in six weeks. The unions promised to redistribute the money to railway workers who lost wages during the strike.

The French government plans to revoke a special status that allows rail drivers to retain jobs and other benefits for life. It says the changes are needed to open the train network to competition in the coming years.

Air France crews and ground staff, meanwhile, were on their 12th day of striking over pay. About 15 percent of Air France flights were canceled Thursday.