EU to give 30,000 free train tickets to encourage youth to travel 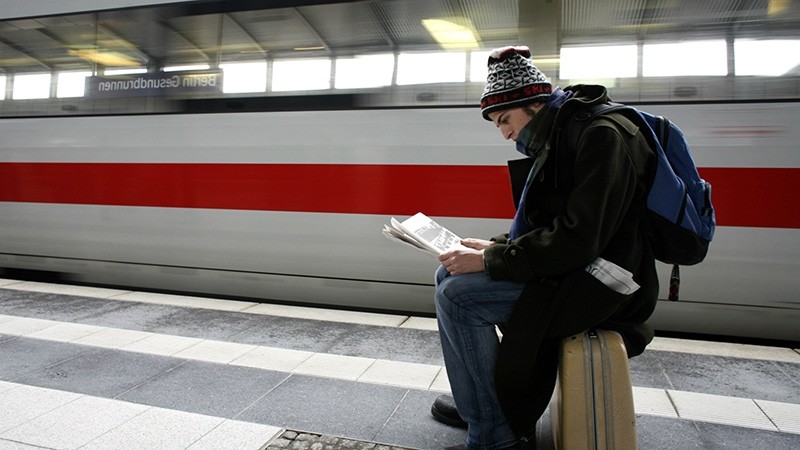 The European Union is convinced it has found a new way for young people to fall in love with neighboring countries — free train rides.

The EU kicked off the DiscoverEU project Thursday to send up to 30,000 18-year-olds chugging across the continent this year, giving them free rail tickets to broaden their horizons. All for a taxpayers' cost of 12 million euros ($14 million).

If all goes well, and the next 7-year EU budget plans are approved, that could turn into a budget of 100 million euros ($120 million) a year, giving some 200,000 teenagers the right to Europe-wide Interrail travel.

"It starts this year and this is just the beginning," EU lawmaker Manfred Weber said. "It will show the European people that the European Union is much more than a law-making machine."

For the past half century, the cut-rate Interrail tickets have been a coming-of-age ritual for many European youngsters. Cross the continent, sleep on a beach, see the great sights, taste the good life and make new friends.

Weber said it would help young Europeans "discover all the richness of their differences."

This year, 18-year-olds will be able to apply for a free ticket to travel in up to four EU countries for a month.

There will be a quota system and a quiz on EU heritage, culture and current affairs to pick the first 15,000 ticket recipients in June. A second selection is due this fall. Beyond travel, those selected will have to pay everything themselves.

The prospect of seeing the program expanded in the EU's next budget cycle, starting in 2020, is being warmly welcomed by some who have campaigned for the idea.

Vincent-Immanuel Herr and Martin Speer, who launched the #FreeInterrail campaign, said the proposals of the EU executive were "brave and forward-looking."

"An idea that began over the dinner table in 2014 is now going to become a tangible EU program that will influence the lives of hundreds of thousands of young people in a positive way," they said in an email to the AP.