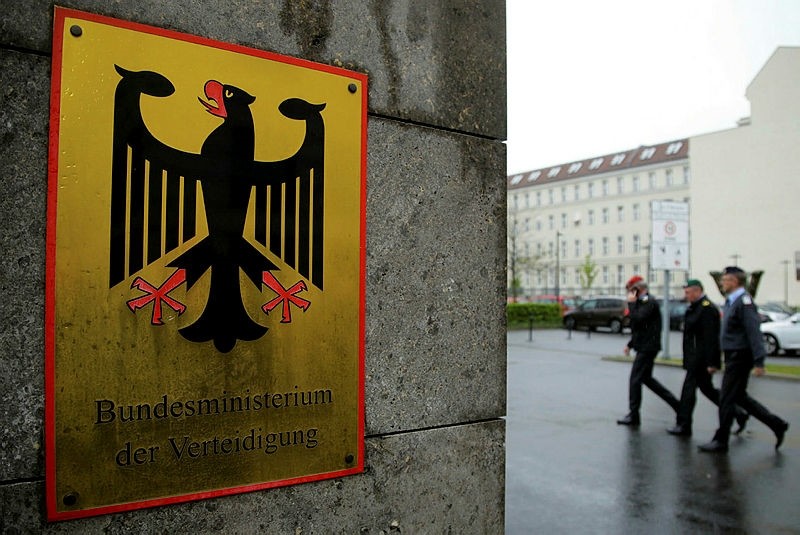 The German Ministry of Defense and the Bundeswehr are facing much scrutiny regarding the operational readiness of much of their vehicles and equipment.
by Angelos Berberakis May 05, 2018 12:00 am

Following numerous reports, it is clear the German armed forces, known as the Bundeswehr, are facing severe shortcomings. Defense Minister Ursula von der Leyen has proposed a new plan to fundamentally reorganize the military to meet the demands for both national and international support matters.

The Bundeswehr has, over the past years, faced scrutiny for many shortcomings regarding much of what makes an army including its standard-issue assault rifles, armored vehicles and personnel carriers as well as its transport aircraft, helicopters, jet fighters and attack helicopters.

Subsequently, von der Leyen has been forced to conduct damage control with the press every time some new issue was discovered, such as the time the G-36 and its variants, the Bundeswehr's standard-issue rifle, were discovered have to malfunctioned and lost precision when fired sustainably, at high temperatures or under certain exotic climatic conditions.

The rifle has caused woes for Spain and Lithuania as well, who also use it extensively in their own militaries.

However the G-36 is not the only piece of equipment facing scrutiny. The Luftwaffe, the German air force, has long been faced its own massive problems.

No branches of the German armed forces have conducted offensive operations since 1945, instead providing technical, logistical and medical support to other European and NATO allies in their own operations, such as in Mali and Afghanistan. However, the Luftwaffe has been unable to provide enough support.

The annual report of 2016 from the Bundestag Armed Forces Commissioner showcases the Luftwaffe's shortcomings in grim numbers.

The Luftwaffe has a stock of 114 Eurofighter jets and 93 Tornado fighter jets, out of which only 38 and 29, respectively, are operational.

Its famous fleet of transport aircraft, consisting of C-160 Transalls, has also faced issues, with only 21 out of the total 50 operational.

The Luftwaffe's small fleet of helicopters, such as the Tiger, Sea King, Sea Lynx and NH90, number a total of 126, out of which just 15 are operational.

In addition to equipment shortcomings, a recent report has indicated that one in 10 of the Luftwaffe's pilots have had their flying licenses revoked for lack of flight time due to helicopter shortages. The government had partly responded by leasing training time with helicopters owned by the General German Automobile Club, which has its own fleet. The situation was deemed "scandalous" by parties of the opposition.

The German defense budget, the ninth highest in the world, is not exactly small. Regardless, von der Leyen has demanded an additional increase to reorganize the Bundeswehr and finally quell the legitimate criticism she has faced from major oppositional groups.

Certain factions within the government are arguing that the Bundeswehr does not need to significantly upgrade its equipment or capabilities as it will not participate in offensive operations anyway; the response to which is that, as things stand, it can barely even provide support roles to assist its allies in Africa and Central Asia.

Trump's criticism of NATO, however, has prompted the alliance to reaffirm the 2 percent of GDP goal, to which Germany agreed and pledged to meet by 2024.

If the defense minister gets her way, an extra 49 billion euros would be allocated to the Bundeswehr to spend on much-needed upgrades and modernization.