One of Britain's most wanted fugitives captured in Spain 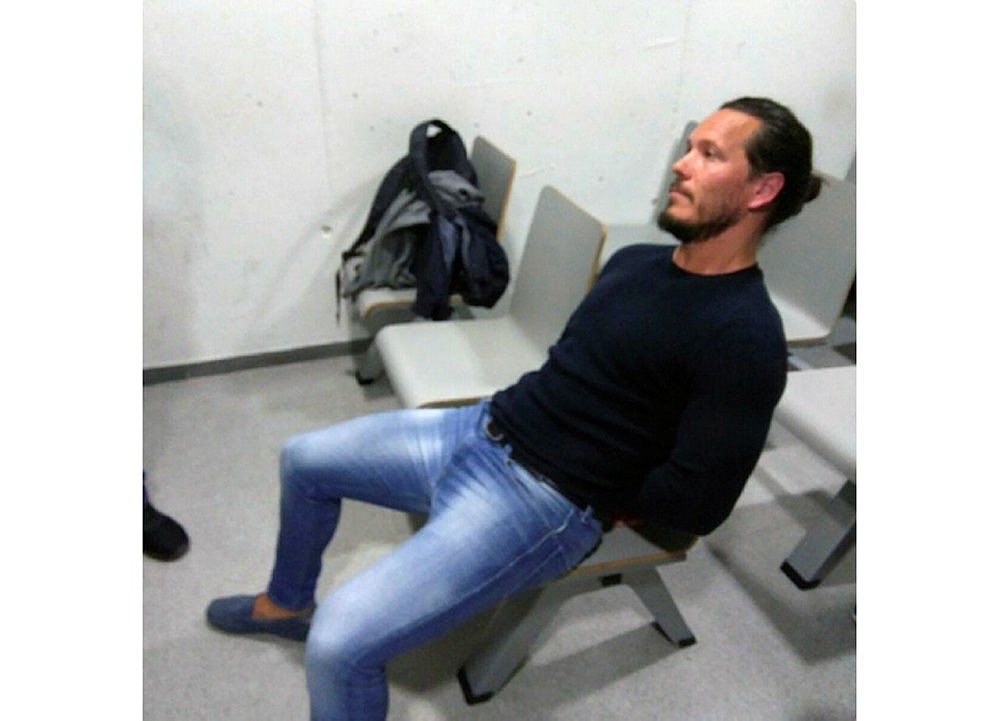 In this photo released May 5, 2018, by the UK National Crime Agency announcing the capture of one of Britain's most wanted fugitives Jamie Acourt, who was detained in Barcelona, Spain. (AP Photo)
by Associated Press May 05, 2018 12:00 am

One of Britain's most wanted fugitives, accused of drug offenses, was captured in Spain, authorities said.

The crime agency said in a statement that Acourt, from south London, "is believed to be involved in the large-scale supply of drugs."

Ian Cruxton, head of international operations for the NCA, said intelligence work enabled British investigators to "direct the Spanish authorities to his location in Barcelona."

Cruxton said the fugitive "thought he could evade capture but as a result of an intelligence-led operation his days on the run have ended."

He said the sharing of information between various police agencies means there is no safe haven for fugitives.

The crime agency added that Acourt was detained on a European arrest warrant at Britain's request and he will appear at a Madrid court "early next week for an extradition hearing."

London's Metropolitan Police said that Acourt's arrest in Spain stems from a 2016 investigation launched by detectives from the force's Serious and Organized Crime Command.

Acourt, along with his brother Neil, is a former suspect in the 1993 killing of black teenager Stephen Lawrence. The two were among five people initially questioned as suspects in the killing.

Jamie Acourt has consistently denied any role in the racially motivated murder of Lawrence, and he was never charged in the case. Two men have since been found guilty of killing Lawrence in one of Britain's most shocking hate crimes.