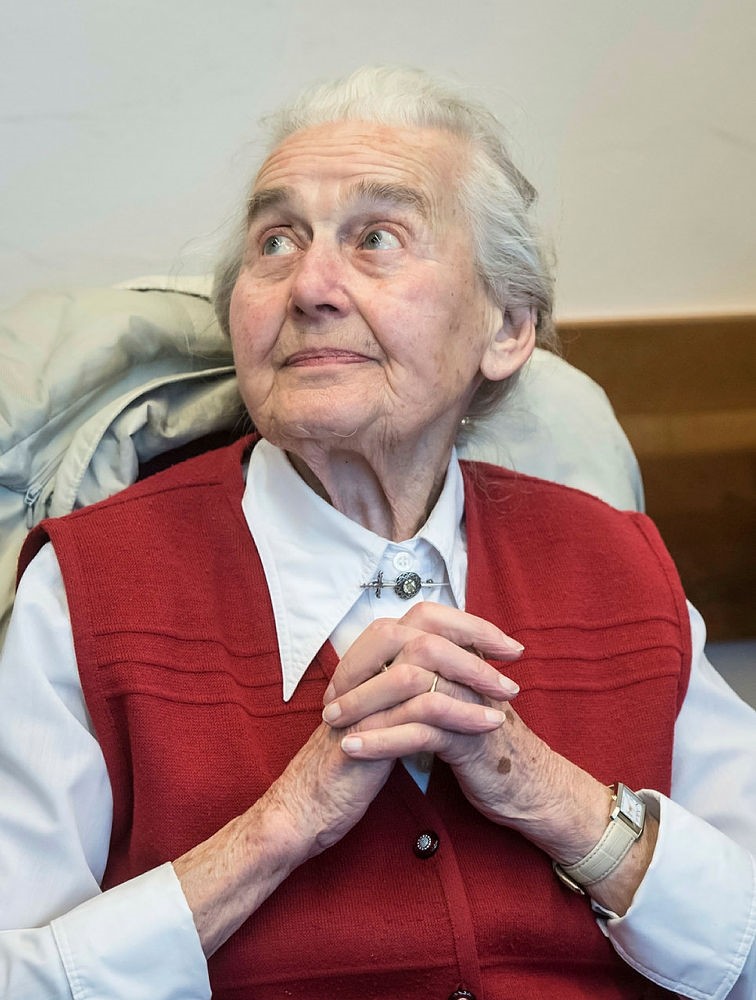 A notorious Holocaust denier dubbed the "Nazi grandma" who failed last week to turn up for the beginning of her prison sentence has been located and incarcerated.

Police and prosecutors told the dpa news agency Monday that Ursula Haverbeck, 89, was picked up at her home in the town of Vlotho in central Germany.

Haverbeck was convicted of incitement last year in Verden state court and sentenced to two years in prison for denying the Holocaust, a crime in Germany. She was supposed to report to prison last week but vanished, prompting a search for her. It was not immediately clear when she returned home.

Haverbeck has repeatedly said the Auschwitz death camp in Nazi-occupied Poland was simply a work camp and has been convicted several times, but had avoided prison due to lengthy appeals.

Estimates put the number of people murdered at Auschwitz at 1.1 million, 90 percent of whom were Jews. Others murdered include Poles, Romani, Sinti, Soviet prisoners of war and homosexuals.

In Germany, anyone who publicly endorses, denies or plays down the mass murder of Jews and other groups of people who were thought undesirable during the Third Reich faces a maximum penalty of five years in jail and a minimum of a fine.