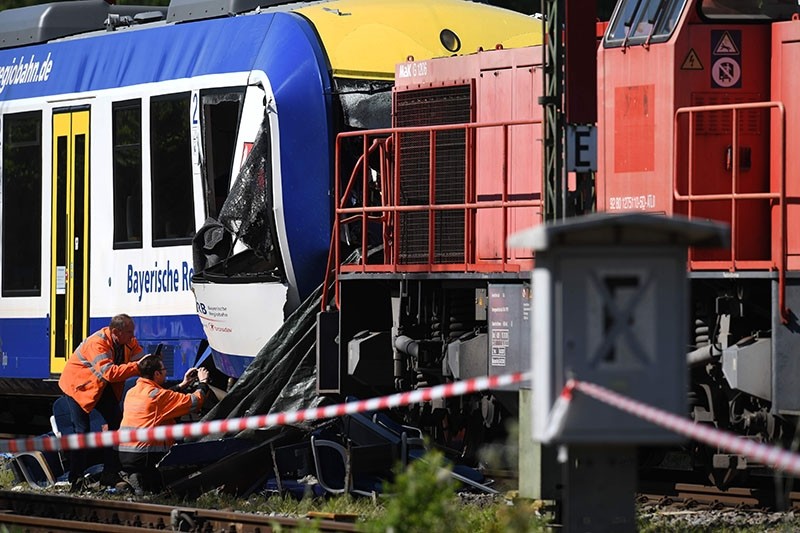 Men in safety vests inspect on May 8, 2018 in Aichach, southern Germany, a passenger train damaged in an accident as it collided with a freight train the day before, killing two people and injuring several others. (AFP Photo)
by Associated Press
May 08, 2018 12:00 am

Authorities say two people have died and 14 have been injured after a passenger train hit a stationary cargo train in southern Germany late Monday.

Police said those killed were the driver of the passenger train and a female passenger. One of the injured is in a serious condition.

Markus Trieb, a spokesman for northern Swabia police, said Tuesday that the passenger train was traveling from Augsburg to Ingolstadt when it hit the cargo train near a station in the town of Aichach.

He said the driver of the cargo train was uninjured. Authorities are investigating the cause of the crash.

In a separate incident in Bavaria, two people were killed Monday when a train hit their car at a crossing near Lake Starnberg.