Gunshot at Brussels train station strikes panic but no injuries 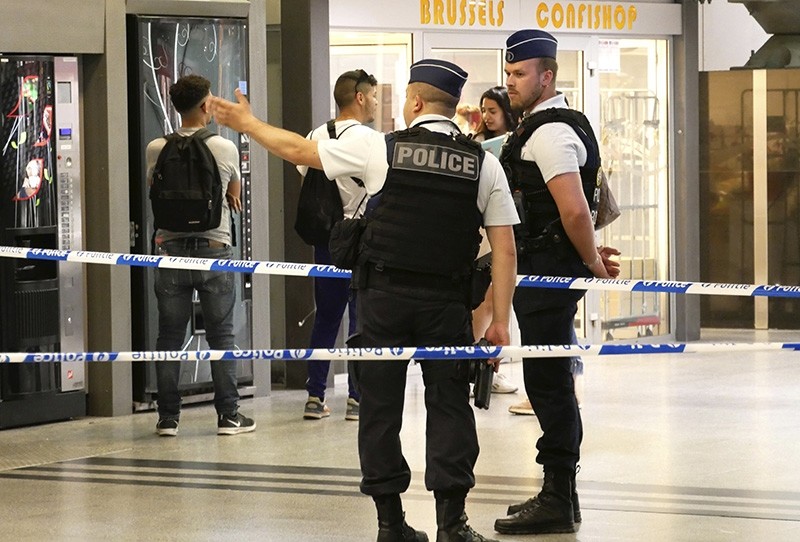 Police set up a safety perimeter at Brussels South train station after reports of an incident in Brussels on Wednesday, May 9, 2018. (AP Photo)
by Associated Press May 09, 2018 12:00 am

A gun fired into the ground caused a brief panic at Brussels' busy Midi train station, setting off a major police operation and forcing two platforms to close Wednesday.

Brussels police said surveillance video showed one suspect shooting downward with a gun before fleeing the station. Some of the evening rush hour commuters rushed out after hearing the shot.

Ine Van Wymersch of the prosecutor's office said that police immediately arrived at the scene and closed off part of the building for further checks.

She said no one was injured and that authorities were searching for the suspect.

Police and security services are still a very visible presence in Belgium's main rail stations following the 2016 bomb attacks at the airport and subway system which killed 32 people.