Macron in favor of eurozone budget despite German reluctance 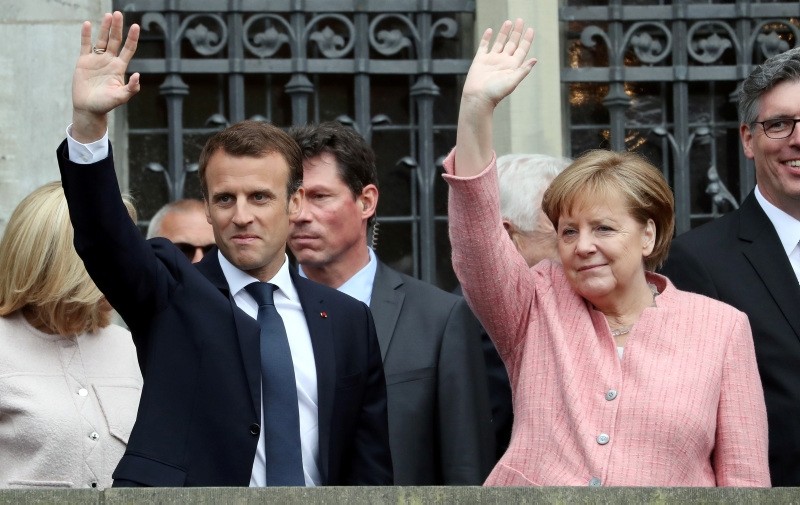 French President Emmanuel Macron (C) greets the crowd next to German Chancellor Angela Merkel (R) at their arrival to the Charlemagne Prize (Karlspreis) ceremony at the town hall in Aachen, Germany, 10 May 2018 (EPA Photo)
by Compiled from Wire Services May 10, 2018 12:00 am

French President Emmanuel Macron on Thursday reiterated his call for the euro zone to have its own budget, saying Europe needed more ambitious financing to help defend its interests and bring about economic and fiscal convergence among member states.

"I believe in a much more ambitious European budget... I believe in a more integrated eurozone, with its own budget," Macron said in the western German city of Aachen after receiving the Charlemagne prize for his efforts in boosting EU integration.

"In Germany, there cannot be a perpetual fetish for budget and trade surpluses, because they are achieved at the expense of others," said Macron in Aachen, where he was awarded the prestigious Charlemagne prize for his efforts in boosting EU cohesion and integration.