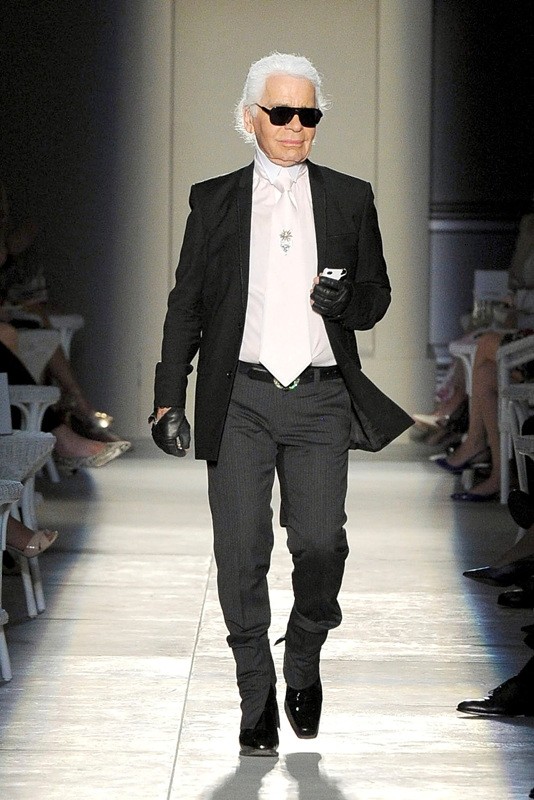 Hamburg-born fashion designer Karl Lagerfeld, who has made no secret of his disdain for Chancellor Angela Merkel's decision to allow some one million migrants into Germany, has said he might have to renounce his German citizenship over the issue.

"Did she really need to say it was necessary to welcome one million migrants at a time when France, which casts itself as the land of human rights, pledged to take in 30,000?" Lagerfeld said in an interview with French weekly Le Point published Thursday.

Again dismissing Merkel as a "pastor's daughter who can't accept the evil that Germany carried out after 1933," the designer accused her of fostering the emergence of the far-right Alternative for Germany party.

"The AfD didn't exist, yet with one sentence she made it exist by alienating two million voters and sending 100 of these neo-Nazis into parliament," he said, referring to the 92 AfD lawmakers who obtained seats in the Bundestag in last September's election.

"If this keeps up, I'll abandon German citizenship," Lagerfeld said, without indicating what he might trade it for, though he has gushed previously that "a new day is dawning in France" with the arrival of President Emmanuel Macron.

"I like Macron personally, and (his wife) Brigitte, but that doesn't mean I want to become French," he told Le Point.

"I don't like nations, I'm cosmopolitan. And I don't feel German either -- I'm Hanseatic," he said, referring to the Hanseatic League of merchant guilds across northern Germany that emerged in the 13th century.

His stance would appear to be a stark reversal from one espoused just a few months ago, when he told Madame Figaro magazine that he was "a Kraut at heart".

"It's in my genes and I'm fine with that. And it's not because Mrs Merkel does stupid things that I'm going to renounce being German," he said.

Lagerfeld had already stirred up outrage last November by evoking the Holocaust while assailing Merkel for opening Germany's borders to migrants.

"One cannot -- even if there are decades between them -- kill millions of Jews so you can bring millions of their worst enemies in their place," he told a French television show.