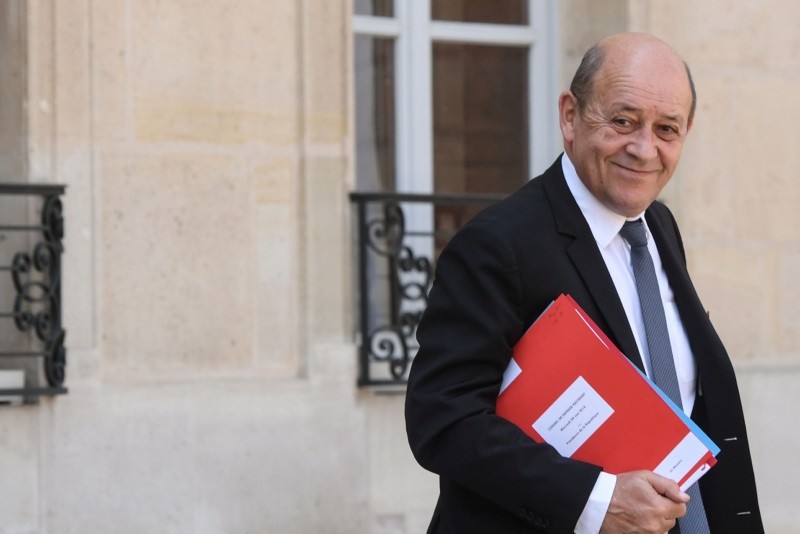 French Foreign Affairs Minister Jean-Yves Le Drian leaves the Elysee Presidential palace in Paris, on May 9, 2018, after the weekly cabinet meeting. (AFP PHOTO)
by Compiled from Wire Services May 13, 2018 12:00 am

"The June deadline is the deadline that must be seen as the ultimate deadline" to find a way to avoid a hard border between Ireland and Northern Ireland and allow progress in Brexit talks, Le Drian told reporters in Dublin.

Britain's Brexit minister David Davis in April told a British parliamentary committee that June was an "artificial deadline" on the issue.

On Sunday, British Prime Minister Theresa May said any deal must protect the United Kingdom's constitutional and economic integrity and honor the Northern Irish peace accords.

"Any agreements must create as little friction as possible for trade," she said, adding: "We must not constrain our ability to negotiate trade agreements with other countries around the world by being bound into a customs union."