Scottish independence not off the table until realized, Sturgeon says 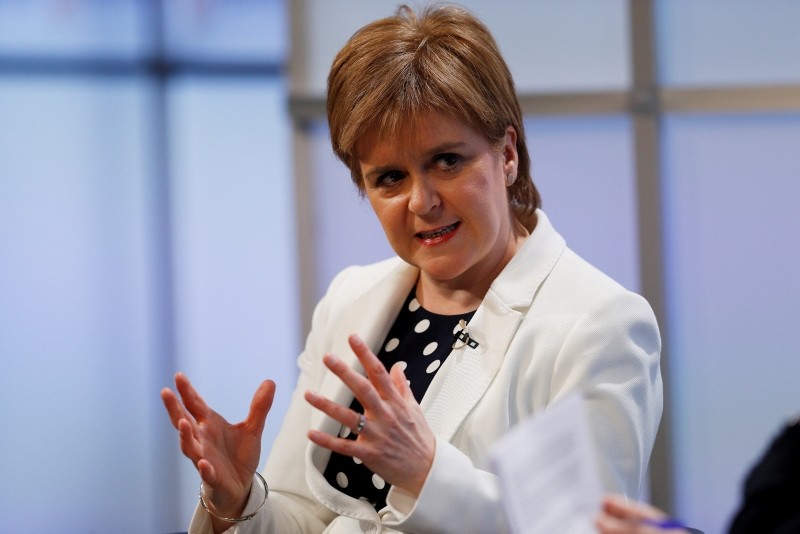 Scottish independence will never be off the table until it happens, Scottish First Minister Nicola Sturgeon said on Monday.

Sturgeon, speaking at Thomson Reuters in London, said that just under half of the Scottish electorate still supported independence.

"There will be different opinions as to whether we should do that now or in five years or ten years time, but with that body of opinion, a constitutional option like independence is not going to be off the table," she said.

Sturgeon said that when there was clarity on the shape of the Brexit deal between the United Kingdom and the EU then she would be ready to give more details about Scotland's attitude towards a new independence vote.

"I'm not sure independence will ever be off the table until it's realized," she said.

Sturgeon said her party had launched a commission to examine the policy options for its stance on the currency of an independent Scotland. It will report within the next few weeks.

"My party does not propose or support using the euro, so the options the commission has been looking at: sterling in a currency union, sterling outwith a currency union, or a process that would lead to a distinctive Scottish currency over time," she said.

On the topic of a much-awaited Brexit deal, Sturgeon said she felt there was no majority for a hard exit in the country but that the United Kingdom was at a juncture when momentum could swing either towards a softer Brexit or a "no deal" Brexit.

"At some point that majority for the least damaging Brexit, a softer Brexit, at some point has to assert itself," Sturgeon told a discussion at Thomson Reuters in London.

"The danger, if I am being less optimistic, or pessimistic, is that the whole process crashes before that can emerge because time is running out and the clock is ticking."

Both the EU and the U.K. need an agreement to keep trade flowing between the world's biggest trading bloc and the sixth largest global economy, though a transition period until the end of 2020 could limit the disruption to global trade.

May is trying to strike a trade deal with the EU by October while at the same time negotiating with her party and senior members of her divided minority government over Brexit.

The other 27 members of the EU combined have about five times the economic might of Britain. They also have a strong incentive to deny the U.K. a deal so attractive it might encourage others to follow the British example.

"I guess there is a real risk - probably a greater risk today than there was three, six, nine months ago - of the whole process falling apart," Sturgeon said. "There is a real risk of a no deal Brexit and that would be pretty catastrophic."

Sturgeon, who commands 35 Scottish National Party lawmakers in the Westminster parliament, said there was a real chance of parliament forcing the government to remain in the customs union.