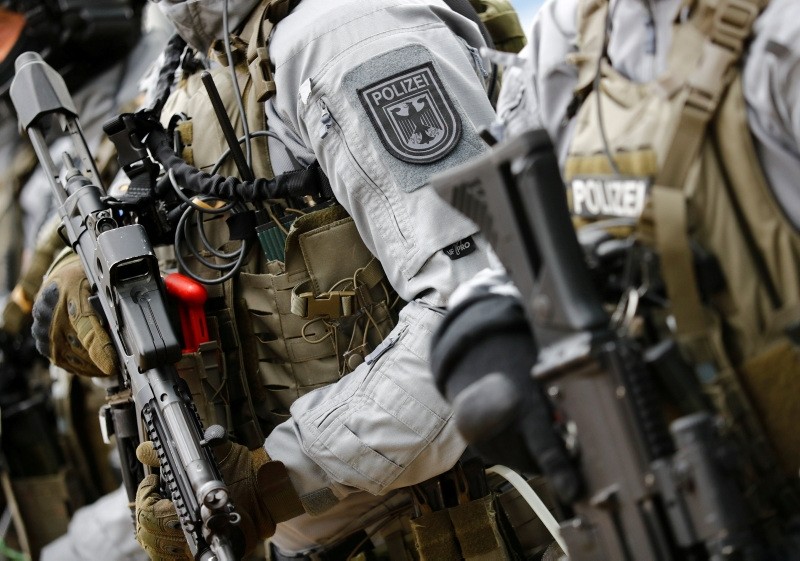 German special police wait for the arrival of Interior Minister Horst Seehofer, visiting the Federal Police Offices in Potsdam, Germany, May 15, 2018. (Reuters Photo)
by Associated Press May 16, 2018 12:00 am

Bavaria's governing party has pushed through a law that significantly expands police powers in the southern German state, even as critics warn it puts civil liberties at risk.

The center-right Christian Social Union used its majority in the state assembly to pass the bill late Tuesday.

The party, which is part of Chancellor Angela Merkel's conservative Union bloc, is trying to bolster its law-and-order image ahead of state elections in the fall.

The new law allows police to take preventive measures — including targeted surveillance — if they believe there is a "threat" of a crime occurring. Police will also get expanded authority to use DNA evidence.

The non-governmental group Society for Civil Rights warned the law would remove many of the checks that exist on police powers.