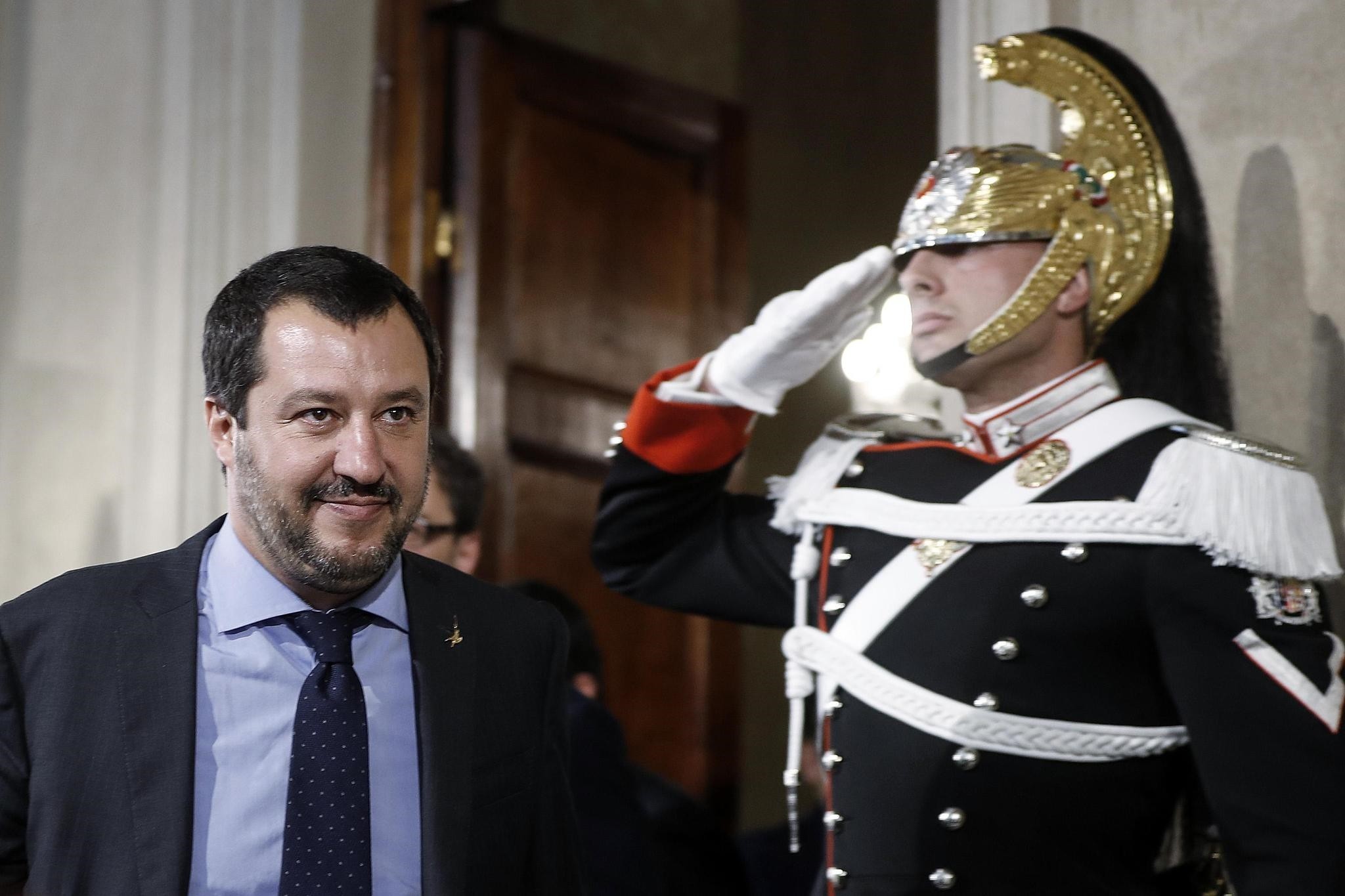 Leader of the League party, Matteo Salvini, arrives to address the media after meeting with Italian President Sergio Mattarella, at the Quirinale presidential palace, Rome, May 14.
by Compiled from Wire Services May 16, 2018 12:00 am

Italy's rival populist leaders sought more time Monday to hash out a deal to govern together, with one side citing significant differences over how to stop the flood of migrants coming in and the other insisting his supporters have their say online before finalizing any coalition deal.

Blunt-talking Matteo Salvini, who heads the right-wing anti-migrant League party, indicated he'd prefer to go to a new election, 10 weeks after a vote yielded political gridlock, if his forces don't get a "free hand to manage the security of Italians."

He was referring to the large numbers of migrants coming into Italy whom many in the country blame for crime. But Luigi Di Maio, leader of the populist 5-Star Movement, sought to put a more positive spin on their talks.

The 5-Star Movement, which bills itself as an alternative to traditional politics, makes its positions and candidates subject to review by supporters in online votes.

Success in forging a coalition would put the 5-Star Movement in Italy's national government for the first time. It would also be Italy's first all-populist government and assume power at a time when nationalist sentiment is gaining traction across much of Europe.

Italy has been in political deadlock since an inconclusive March 4 election, which was dominated by concerns over a struggling economy, the refugee crisis and illegal immigration.

The 5-Star Movement and the League have been negotiating a power-sharing deal since last Wednesday, when Salvini's right-wing coalition partner, former Prime Minister Silvio Berlusconi, gave the green light for the pair to form a government without his Forza Italia party. But coming to a deal was never going to be easy given the parties' vastly different stances on a wide range of issues.

According to reports, Salvini and Di Maio had been willing to make compromises over their flagship policies, the League's drastic drop in taxes and the 5-Star's universal basic income, which look tricky to reconcile in one of the Eurozone's most indebted countries.

The media also suggested the pair had agreed step back from their political ambitions and nominate a neutral candidate for the premiership.

Both leaders insisted Monday that no names within their future cabinet would be made public before they had been approved by Mattarella.

The forerunner of Salvini's League, the Northern League, was the main partner in the three center-right governments headed by former Premier Silvio Berlusconi starting in 1994.

After Berlusconi refused to have anything to do with the 5-Star Movement, who he regards as "more dangerous than communists," Salvini and Di Maio set out to negotiate an agreement to join forces in government.

The League's support largely is centered in northern Italy, where it backs lower taxes and reining in the central government it considers wasteful. The north's legions of small, often family-run businesses are the backbone of Italy's most productive region.

The 5-Star Movement's appeal has surged in the south, where youth unemployment that stands at a rate of more than 50 percent in many areashas made Di Maio's pledge to guarantee a minimum income to the unemployed immensely attractive.

The opposition Democrats, who controlled the outgoing government, warn that the League's vow to drastically lower taxes to a flat 15-percent rate, and the 5-Star's promise to give government subsidies to low-income Italians will spook financial markets and drastically drive up government borrowing costs.