EU to start blocking US sanctions against Iran on Friday, Juncker says 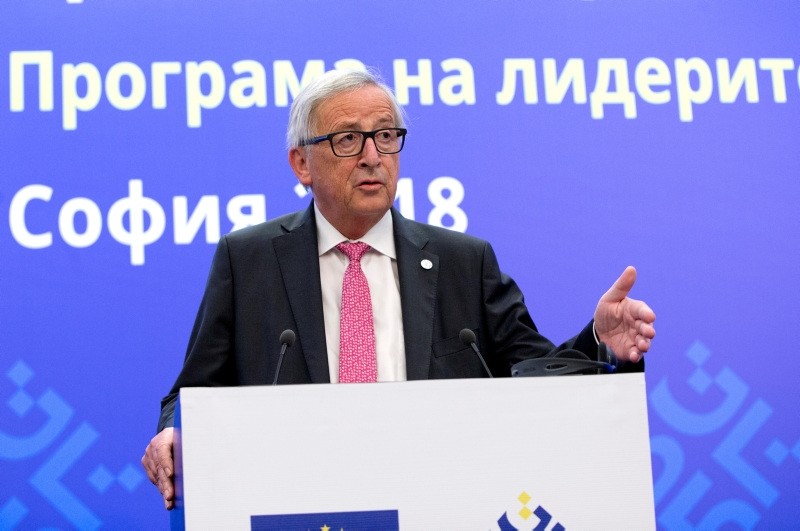 European Commission President Jean-Claude Juncker speaks during a media conference at the conclusion of an EU and Western Balkan heads of state summit at the National Palace of Culture in Sofia, Bulgaria, Thursday, May 17, 2018. (AP Photo)
by May 17, 2018 12:00 am

The EU will on Friday begin moves to block the effect of U.S. sanctions on Iran in the bloc, European Commission chief Jean-Claude Juncker said, as part of efforts to preserve the nuclear deal with Tehran.

"We will begin the 'blocking statute' process, which aims to neutralize the extraterritorial effects of U.S. sanctions in the EU. We must do it and we will do it tomorrow morning at 10:30," Juncker said at a summit in Sofia on Thursday.

The European Union is trying to find ways to keep Iran in the 2015 accord by safeguarding the economic benefits Tehran gained in return for giving up its nuclear program, after U.S. President Donald Trump abruptly pulled out of the deal.

The "blocking statute" is a 1996 regulation originally created to get around Washington's trade embargo on Cuba.

It prohibits EU companies and courts from complying with specific foreign sanctions laws and says no foreign court judgments based on these laws have any effect in the EU.

But the row with the United States over the Cuba embargo was settled politically, so the effectiveness of the blocking regulation has never been put to the test.

Its value may lie more as a bargaining chip with Washington than its legal effectiveness, and last week an EU source acknowledged that the "political symbolic effect is potentially bigger than the economic effect."