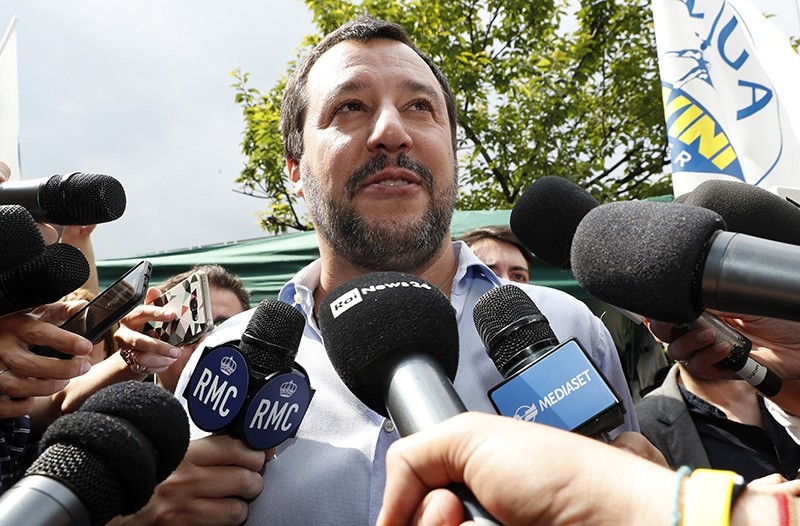 The leader of Italy's far-right League party on Sunday announced that it had reached an agreement with the anti-establishment Five Star Movement on their nominee to be the country's next prime minister.

Matteo Salvini said the agreement also covered the members of the cabinet.

"We are agreed on the head and the ministers of the government and we hope that no-one will veto a choice that represents the will of the majority of Italians," Salvini said, adding that neither he nor Five Star Movement chief Luigi Di Maio would take the role of premier.

However, media reports said Salvini would lead the interior ministry and Di Maio would become either labor or economic development minister.

Salvini's announcement came after the two parties published a joint policy program on Friday that brought the eurozone's third-largest economy -- politically deadlocked since inconclusive elections in March -- a step closer to a new government.

The two parties must announce their pick for prime minister in time for a meeting on Monday with President Sergio Mattarella.

Mattarella must agree to the parties' nominee before they can seek parliament's approval for their nascent government.

Five Star became Italy's largest party at the March elections, gaining nearly 33 percent of the vote, while the League -- shorn of the rest of the rightwing coalition that won 37 percent -- will be the junior coalition partner with 17 percent.