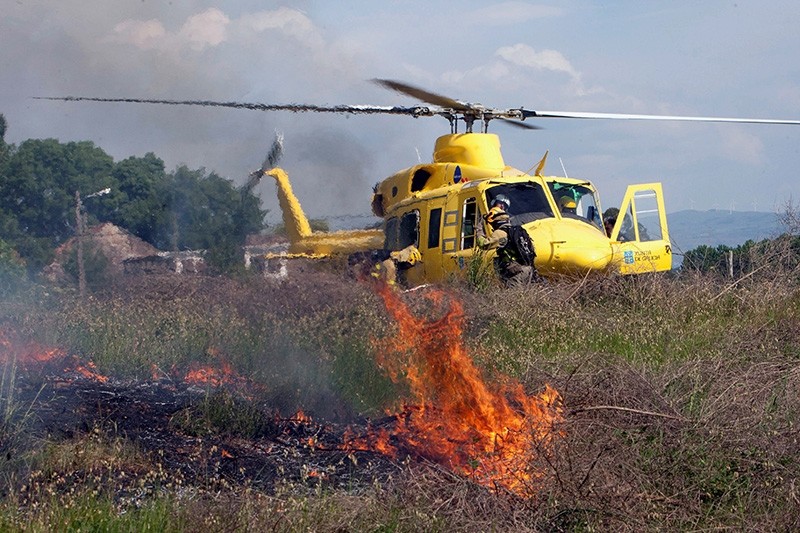 Firefighters try to extinguish a fire caused by the explosion of a storage room in a house where the owner kept pyrotechnic material in Tui, Galicia, northwestern Spain, May 23, 2018. (EPA Photo)
by reuters May 23, 2018 12:00 am

One person was killed and 26 wounded, including seven children, by an explosion in a fireworks storage facility in the town of Tui in Galicia, northwestern Spain, emergency services said on Wednesday.

The Faro de Vigo newspaper reported that at least four people had died in the blast that destroyed dozens of houses and smashed windows in a four-km (2.5-mile) radius, though Emergency services could only confirm one death.

Footage from the scene posted on the El Mundo newspaper website showed thick smoke billowing from a residential area with debris and rubble scattered on the street.

Firemen were checking house by house in the area for possible dead and injured people, emergency services said.

The explosion seemed to be in a domestic house, not a commercial storage area, Tui Mayor Carlos Vazquez was quoted as saying at a press conference by Faro de Vigo.