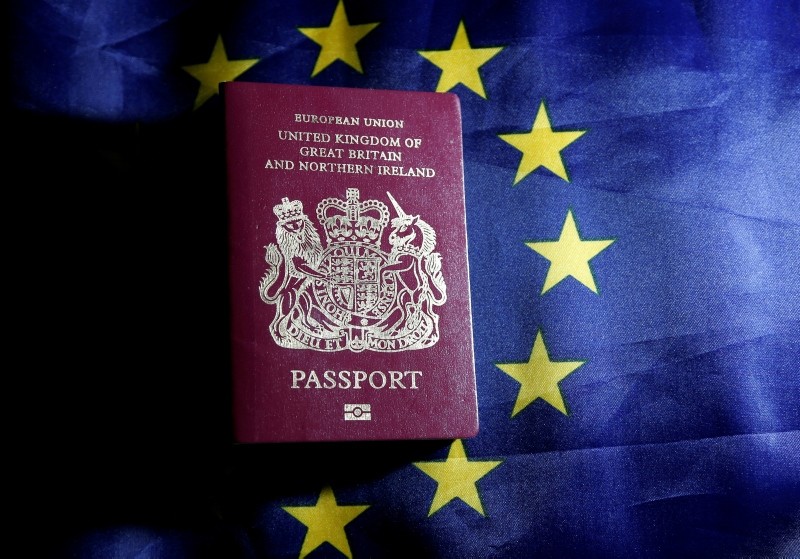 The number of Britons who have obtained German citizenship has shot up dramatically since the United Kingdom's decision to quit the European Union, Germany's Federal Statistics Office said Wednesday

Driven by the prospect of Brexit, the number of British passport holders who became German citizens jumped by 162 percent last year.

Nearly 7,500 Britons acquired German citizenship last year. This follows a 361 percent rise in 2016, bringing the total for the two years to around 10,400. This is more than double the number of Britons who became Germans in the 15 years from 2000.

"A link to Brexit is obvious," said the Office, adding Britons were the second biggest group to be granted German citizenship last year after nearly 15,000 Turks.

With no Brexit deal yet in sight, despite a leaving date of March 2019, many Britons are worried they will lose the right to live and work in Europe's biggest economy, which is enjoying an unusually long period of growth and record low unemployment.

Britons usually need to have lived in Germany for eight years to qualify. Applications take more than six months to process and Britons can take up dual citizenship while Britain is still an EU member.

In total, around 112,200 foreigners received German passports in 2017, which is the highest number since 2013, and an almost 2-percent increase on the previous year.

Turkey had the most citizens naturalized in Germany last year, with those coming from Britain the second most common.