Over 70 rifles, pistols stolen from German military since 2010, report says 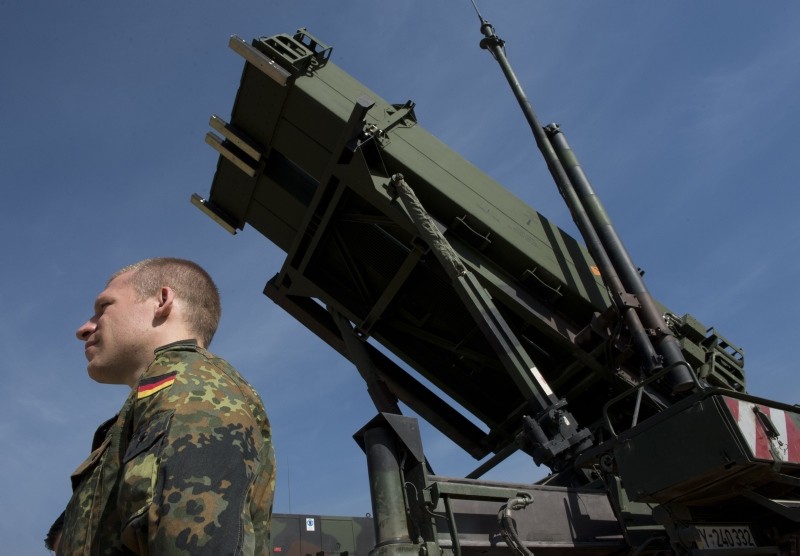 Picturen taken on March 25, 2014, shows a German soldier standing to attention in front of a German Patriot missile launcher at the Gazi barracks in Kahramanmaras, southern Turkey. (AFP Photo)
by daily sabah
May 23, 2018 12:00 am

A total of 75 rifles and pistols, and nearly 57,000 ammunition rounds have been stolen from the German military over the past eight years, Germany's Spiegel magazine reported Wednesday. The numbers were reportedly based on a confidential list prepared by the German Ministry of Defense.

All weapon types used in the Bundeswehr were identified to be among the stolen goods, including the standard assault rifle G36, the heavy machine gun MG3, G3 rifles, semi-automatic P7 and P8 pistols and their appropriate ammunition.

According to Spiegel, the first cases of theft were reported in 2010, however, investigators especially focus on the year 2014, when 21 weapons and more than 20,000 ammunition rounds went missing.

The list was prepared upon request by Green Party deputies Irene Mihalic and Konstantin von Notz. The lawmakers wanted to know whether right-wing soldiers within the Bundeswehr could have possibly stocked up the weapons and ammunition.

The German military labeled the list as classified information, saying that the numbers of stolen weapons must be kept secret because they could "cause a loss of confidence in the functioning of the Bundeswehr." Possible security deficits in return could be perceived by the "population as a potential threat," the military's response to the Greens' request read.

Greens Deputy Mihalic criticized the procedure, telling Spiegel: "People do not lose their confidence in institutions when such robberies occur; they lose it when authorities sweep these events under the carpet."

The German government's response to the issue also included new figures on soldiers belonging to the right-wing "Identitarian Movement". According to the latest data, three soldiers in 2017 and another soldier in 2018 were identified as followers of the movement and were dismissed from the troops. In three other cases, suspicions were not cleared up until their expulsion from the military.