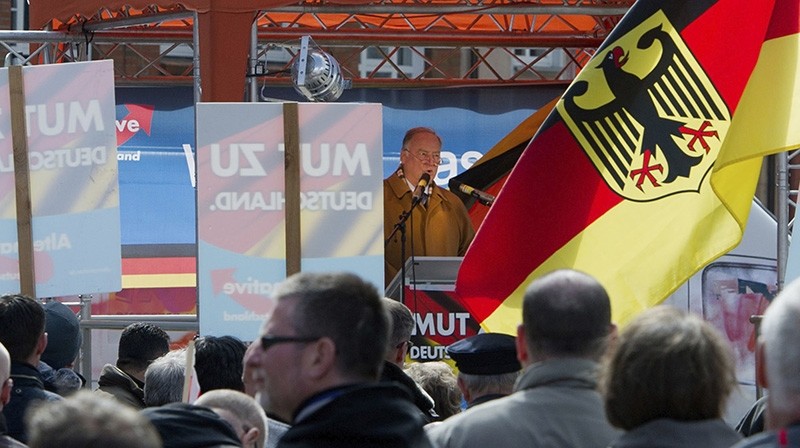 In this April 23, 2016 file photo leader of nationalist AfD party Alexander Gauland speaks to followers of the party in Stralsund, Germany. (AP Photo)
by reuters May 24, 2018 12:00 am

A lawmaker from the anti-immigrant Alternative for Germany (AfD) called on Thursday for Muslim doctors, nurses, pilots, bus and train drivers to be banned from working during Ramadan if they are fasting.

Germany is home to some 4 million Muslims - including Turks who have lived there for decades as well as migrants and asylum seekers who arrived in the past few years, many fleeing conflicts in Syria, Iraq and elsewhere.

AfD politician Martin Sichert said employers who were not able to give fasting Muslims a night or early shift should be able to make them use some of their annual leave during the Muslim holy month of Ramadan.

"What patient should have to be operated by a surgeon who has not drunk anything for 12 hours?" asked Sichert, a member of the parliamentary committee for labor and social issues.

"Why should people have to be transported around by other people who might face concentration problems and dehydration because they have been fasting for hours?"

A German government spokesman said he did not want to comment.

Chancellor Angela Merkel, who has faced strong criticism from some Germans for opening the borders to more than a million migrants over the last few years, wants an inclusive, multi-ethnic Germany. She has long stressed Islam is part of Germany and has called for tolerance.

Her letter was met with widespread criticism, including from within her own Liberal Party.