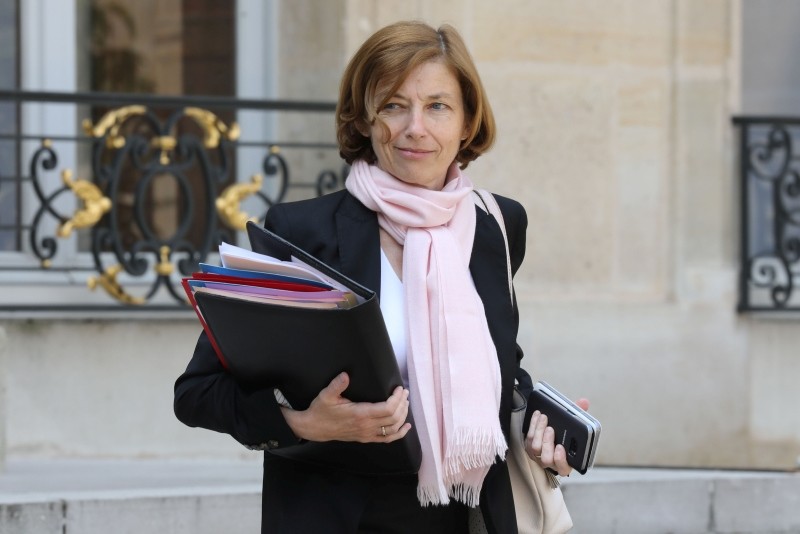 French Defence Minister Florence Parly leaves the Elysee Presidential Palace after attending a weekly cabinet meeting on May 23, 2018 in Paris. (AFP Photo)
by Compiled from Wire Services
May 25, 2018 12:00 am

Confirming the December arrests of two retired spies, along with the spouse of one of the accused pair, Armed Forces Minister Florence Parly said on Friday the compromised information "could undermine the security of the state".

The agents are believed to have handed over secrets while still in service for France's DGSE intelligence agency, Parly said on CNews television. She declined to comment on unconfirmed reports that China was the foreign power in question.

"France has partners but we live in a dangerous world, and unfortunately these types of things can happen," she said.

Parly also declined to specify the nature of compromised information, nor to reveal if the two agents were working together.

"These acts of extreme gravity have been detected by this service, which has brought these facts to its knowledge to the Paris prosecutor," the defense ministry said.

The revelations came just a few weeks after U.S. authorities said they had indicted a former Central Intelligence Agency operative on charges of spying for China, following his arrest in January.

France's domestic intelligence service, the General Directorate for Internal Security, first discovered the suspected double agents, before alerting the defense ministry, which began its own investigations.

In a statement, the DGSE -- similar to Britain's MI6 or the United States's CIA -- said the revelations "are a major area of focus for the DGSE as well all French counter-intelligence services."

"We are being extremely vigilant in this matter," Parly told CNews.

The three people were charged on December 22, 2017, and two have been detained since then, the judicial source told AFP.

On Thursday, France's Quotidien television program and Le Monde newspaper reported that four people were suspected of having been recruited by the Chinese authorities to spy on French foreign intelligence operations.

The defense ministry has refused to comment on the reports.