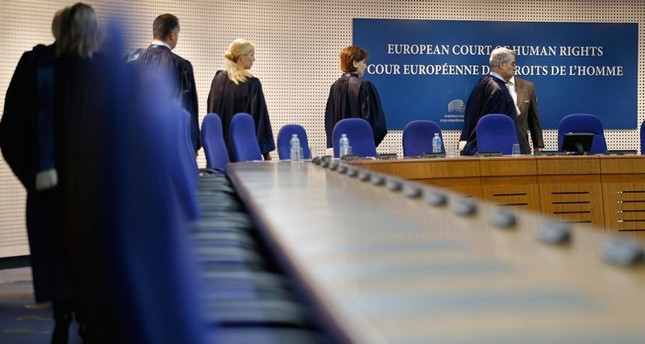 The European Court of Human Rights ruled Thursday that Lithuania and Romania were complicit in a U.S. Central Intelligence Agency (CIA) program to hold terror suspects at secret detention sites on their territories.

In Romania, the court found authorities knew that Saudi national Abd al-Rahim al-Nashiri would risk torture and the death penalty when it allowed the CIA to detain him at a facility from April 2004 to November 2005.

Nashiri is accused of orchestrating a 2002 attack on the MV Limburg, a French oil tanker, and the 2000 attack against the USS Cole in Yemen that left 17 dead.

Lithuania was found complicit in hosting a secret CIA prison from February 2005 to March 2006 when it illegally held a top Palestinian al-Qaida operative, Abu Zubaydah.

A 2014 U.S. Senate report found that both Zubaydah and Nashiri were subject to "enhanced interrogation techniques" in CIA detention, including waterboarding.

The court found that in both cases, the suspects were effectively within their national jurisdictions and therefore Lithuania and Romania were "responsible for the violation" of their rights under the European Convention on Human Rights.

The convention explicitly forbids torture and the death penalty.

Both men were captured by the CIA in 2002 during the "war on terror" launched by then U.S. President George Bush after the September 2001 al-Qaida attacks on New York and Washington.

They are currently being held in the Guantanamo Bay prison on a U.S. military base in Cuba.

In the wake of the September 11 attacks the CIA took suspected al-Qaida detainees to several "black sites" around the world to escape U.S. limits on interrogations, a program that has since been judged illegal.

In a similar case in 2014, the court found Poland had violated their rights over their detention there.

Share on Facebook Share on Twitter
Previous in Europe Denmark has joined some other European countries in banning garments... Next in Europe Croatian police injured two children when they shot at a minibus carrying...
DAILY SABAH RECOMMENDS