Ukraine peace talks to take place in Berlin on June 11 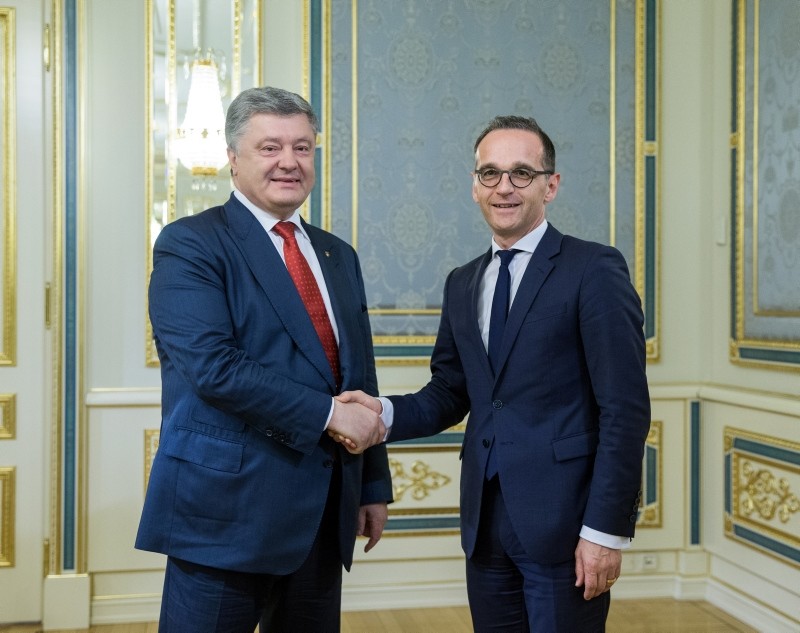 Ukraine and Russia will engage in peace talks on June 11 in Berlin with Germany and France serving as mediators, as was announced on Friday during a visit of German Foreign Minister Heiko Maas to eastern Ukraine.

The peace talks are intended to be conducted among the foreign ministers of those four countries.

Maas was visiting Ukraine's eastern conflict region with his Ukrainian counterpart, Pavlo Klimkin, as a possible United Nations mission is being considered to restore peace.

"We will not leave you alone when it comes to resolving the conflict here in the east," Maas emphasized during his visit.

"Over the past weeks, in discussions with the foreign minsters of Ukraine, France and Russia, we've been aiming to organize a new meeting," Maas said.

The German foreign minister said he was pleased that his counterparts would get together "to discuss the future development of Ukraine and the Minsk process" in comments released by his government.

Maas was due to travel to the front line in the conflict between Ukrainian military forces and pro-Russian rebels that has lasted for four years with no end in sight.

Maas and Klimkin were expected to view the front line from the village of Shyrokyne, abandoned by its 1,400 inhabitants during clashes in 2014-16 and now controlled by Ukrainian forces.

Maas told reporters the previous day after arriving in Kiev for talks with Klimkin that he hoped to negotiate a date for the start of peace talks by early July.

Maas said he would like to organize talks in the so-called Normandy format - including Russia, Ukraine, Germany and France - aimed at implementing a peace accord agreed in the Belarusian capital, Minsk, before the German parliament's summer break, which begins July 6.

"I think this is an opportunity to revive ... the stalled Minsk process," Maas said, adding that the talks would also include a debate about whether to send a U.N.-backed peacekeeping mission to Ukraine.

Efforts to put an end to a four-year conflict between Ukranian government troops and pro-Russian rebels that has claimed more than 10,000 lives since 2014 have come to a halt.

Representatives of the four 'Normandy format' countries have held several sessions but their meetings have become increasingly rare.

At a summit in Minsk in February 2015, the leaders of Ukraine, Russia, France, and Germany negotiated a package of measures to end the war but since then Kiev and Moscow-backed rebels have repeatedly accused each other of violating a number of truces.

The conflict broke out after a popular uprising in Kiev ousted a Kremlin-backed regime and Russia annexed Crimea in 2014.

Ukraine and its Western allies accuse Moscow of funneling troops and arms across the border to support the rebels.