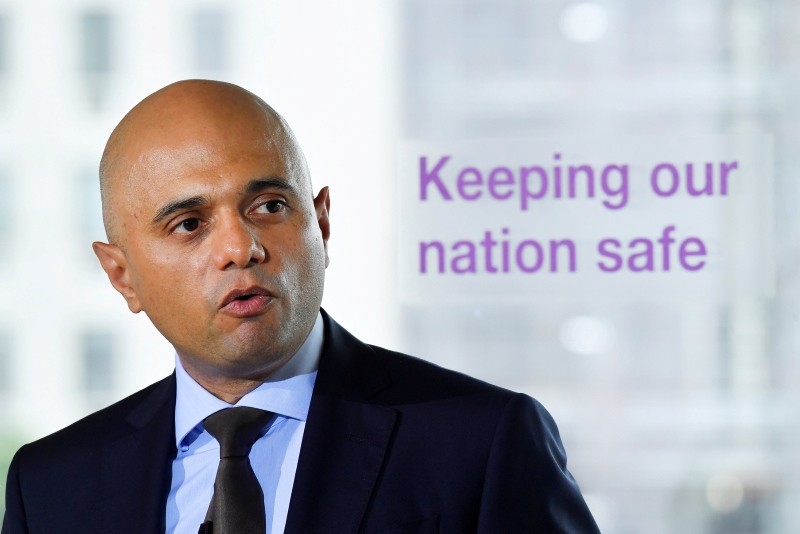 Britain plans to strengthen counter-terrorism laws to make prosecutions easier and to instruct its security services to share some intelligence data about potential extremists with local authorities.

The approach spelled out Monday by Home Secretary Sajid Javid in his first major speech is designed to make earlier intervention possible in a bid to thwart extremist attacks posed by Daesh adherents and U.K.-based right-wing groups.

"One of the lessons from 2017 was that we need to work more broadly and share that data more locally," Javid said, referring to the multiple extremist attacks that rocked Britain last year.

The new policy means some sensitive information about possible extremists will be shared with local councils, local police and other government agencies.

The launch gave Javid, who was appointed in April after the resignation of a close ally of Prime Minister Theresa May, a chance to stamp his own authority on Britain's security agenda. Some see Javid as a potential challenger to May.

The current threat level to Britain is assessed as severe, meaning an attack is highly likely. The government said it had foiled 25 militant plots since June 2013 — 12 of those since March 2017 — and was currently handling more than 500 live operations.

Javid said Muslims were not responsible "for the acts of a tiny minority who twist their faith" and that there was a unique role for them to play in the fight against extremists.

"British Muslims up and down the country are leading the fight against ... extremists, by throwing them out of their mosques and by countering poison online and on the streets," he said.

A written explanation of the new policy published Monday says: "By alerting a greater number of agencies to individuals of potential concern, we will improve our ability to assess the risk they pose whilst also being able to bring to bear a broader, larger set of local interventions."

The new "multi-agency approaches" will be used first in London, Manchester and the West Midlands, which includes the city of Birmingham.

The published paper also calls for better links between security services and private businesses so faster action can be taken when suspicious purchases are made and when there is a need to shut down online "safe spaces" exploited by extremists.

New laws will also be introduced with the intent of allowing police and security services to intervene more quickly.

The home secretary said there are "anomalies" in U.K. laws that must be updated to keep up with technology, citing for example statutes that make it "clearly illegal" to download videos that encourage terrorism but don't prohibit streaming them, which has become more common in the past five years.

He said 12 extremist threats and four right-wing threats had been foiled by security services since March 2017.

The official threat level in Britain is set at "severe," indicating authorities believe an attack is highly likely.