France rules out easing Russia sanctions before progress on Ukraine made 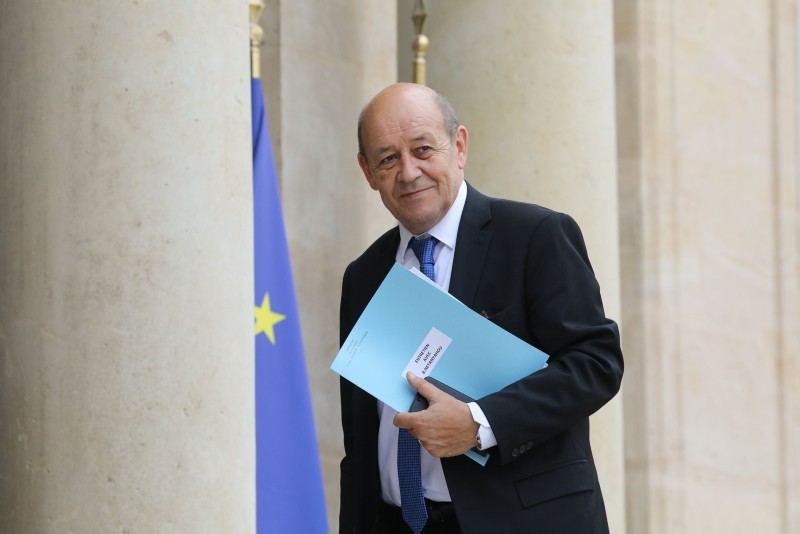 France insisted Wednesday that the lifting of damaging sanctions imposed by the European Union on Russia over its role in the Ukraine crisis be conditioned on advances in the country's peace process.

The rise of nationalist and populist parties in the EU has bolstered Russia's campaign to have the measures — which were imposed over its annexation of Crimea and support for rebels in Ukraine's east — repealed.

On Tuesday, the incoming prime minister of Italy's populist new government said he wanted to restore traditionally close relations between Rome and Moscow and push for a review of the EU sanctions.

"When we make progress (on ending the conflict in Ukraine) then we can start to raise the question of the sanctions and that is what we will tell Italy," he told France's Europe 1 radio ahead of a meeting Monday in Berlin to try reinvigorate the peace process.

Moscow's annexation of Crimea from Ukraine after the 2014 ouster of a pro-Russian president in Kiev plunged relations between the EU and Russia into the deep freeze.

Brussels responded to the territorial grab and to Moscow's support for an uprising by pro-Russian separatists in Ukraine's east with a series of asset freezes and travel bans.

It also imposed economic sanctions to which Moscow retaliated in kind.

On a visit Tuesday to Austria, where he was received with full military honors, Russian President Vladimir Putin said it was in the interest of "everybody" to have the measures lifted.

Putin met with Austrian Chancellor Sebastian Kurz, whose People's Party is in a coalition with the far-right Freedom Party which supports Russia's claim of sovereignty over Crimea.

Kurz agreed that "to go forward together... is better than one against the other."

But he also assured fellow EU members that Vienna, which takes over the rotating EU presidency in July, would abide by the bloc's decisions.

The foreign ministers of Russia, Ukraine, Germany and France will attend the talks in Berlin Monday on the Ukraine crisis.