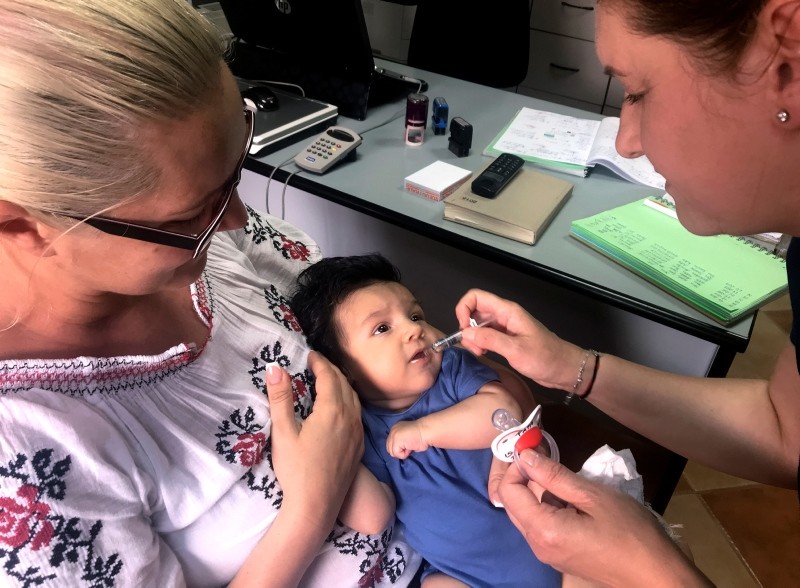 An outbreak of measles has killed dozens of infants and children in Romania, with 200 new cases reported each week.

Doctors say the surge in the disease is fueled by low rates of vaccination. Some celebrities have waged media campaigns warning of the perils of immunization, while superstitions such as keeping the vaccine-preventable disease at bay with cabbage juice or not cleaning the house have also exasperated doctors.

Some doctors complain they don't have sufficient stocks of vaccines.

Alexandru Rafila, chief of a laboratory at the Matei Bals National Institute for Infectious Diseases in Bucharest, told The Associated Press this week the highly contagious disease spread quicker because millions of Romanians work abroad, exposing themselves to different strains of the virus and then returning home.

He said the disease first appeared in a community of Roma in northwestern Romania in 2016. He said the strain of disease was alien to Romania but often found in Italy.

Some 13,700 people in Romania have contracted measles since the epidemic began in 2016, and 55 have died, of whom only one had been immunized, according to the National Center for the Supervision and Control of Transmissible Diseases.

The World Health Organization recommends a 95-percent level of vaccination; Romania has one of the lowest European rates — less than 84 percent.

The European Center for Disease Prevention and Control said the number of measles cases across the continent tripled last year, with Romania, Ukraine and Italy the worst affected.

Doctors like Rafila are also up against celebrities like Olivia Steer, a television personality, who has publicly promoted an anti-vaccine stance.

"Unfortunately there is an appetite for anything sensational," Rafila said. "People opposed to vaccination are promoted (in the media) in a way which is, shall we say, unethical."

Steer declined to speak about her views to the AP.

Research published 20 years ago that linked the vaccine to autism has been discredited, but the scare has made some people wary, Romanian doctors told the AP.

In Chitila, a small town just north of Bucharest, Daniela Stefanescu, a pediatrician, was vaccinating babies against measles and other viruses this week. The vaccine provides immunity against measles, mumps and German measles and is administered to 1-year-olds with a second dose a few years later.

Stefanescu said the high number of deaths from measles made people who were initially skeptical about getting the jab reconsider. "Some of them said 'let me think about it. Maybe I'll have it.'"

Stefania Pena, 28, had her 1-year-old son immunized, despite having doubts.

"I read about children dying from measles and got scared," she said.