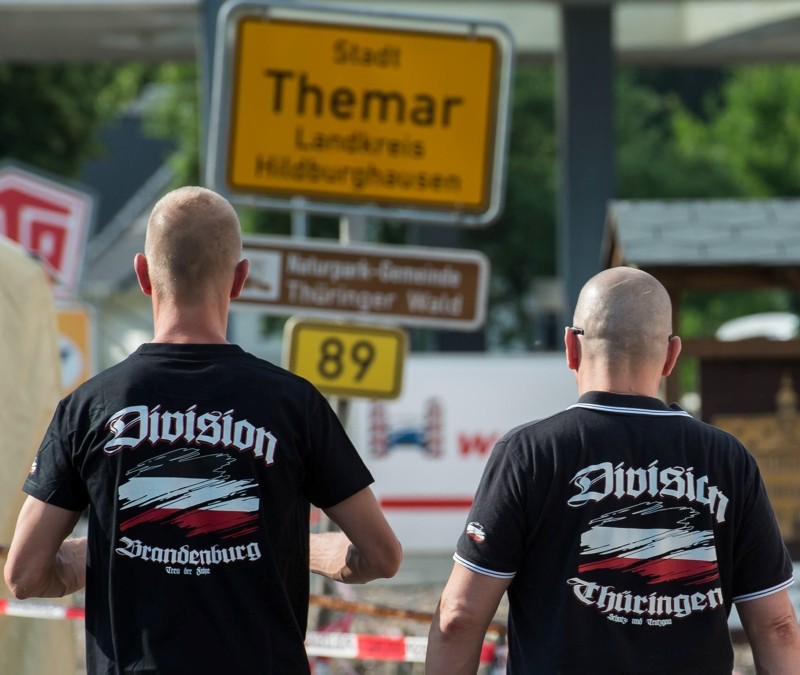 A rock festival organized by right-wing extremist groups in Germany attracted more people than expected over the weekend, as activists lamented the lacklustre attempts to halt the gathering.

More than 1,900 people were at the festival site in the town of Themar late Saturday, the second day of the event, according to police information. Others were on their way there.

The state domestic intelligence agency had previously estimated that around 1,500 people would attend the event in central Germany.

By late Saturday, police had recorded 55 crimes and petty offences, including 32 instances of the use of unconstitutional symbols, which include the swastika or phrases such as "Sieg heil."

Police said many festivalgoers were seen giving the Hitler salute, which is also a criminal offence in Germany.

Around 300 people took to the streets of Themar to demonstrate against the neo-Nazi gathering, but local left-wing activist Thomas Jakob said he was disappointed that more didn't turn out, particularly from the town itself.

"You have to be happy that people head out to show the other side of Themar," said Hubert Boese, mayor of the town, which was home to Germany's largest right-wing extremist rock festival last year. He added that he was "thankful for each and every one."

Many opponents were also disappointed that efforts to stop the event in the courts had been unsuccessful. In fact, courts cleared the way for the gathering to go ahead and walked back a strict ban on alcohol, meaning hard-right revellers can start drinking beer after 8 pm (1800 GMT).

Right-wing extremist rock concerts are often registered as 'political gatherings' in Germany, meaning they are protected by the constitutional right to assemble.