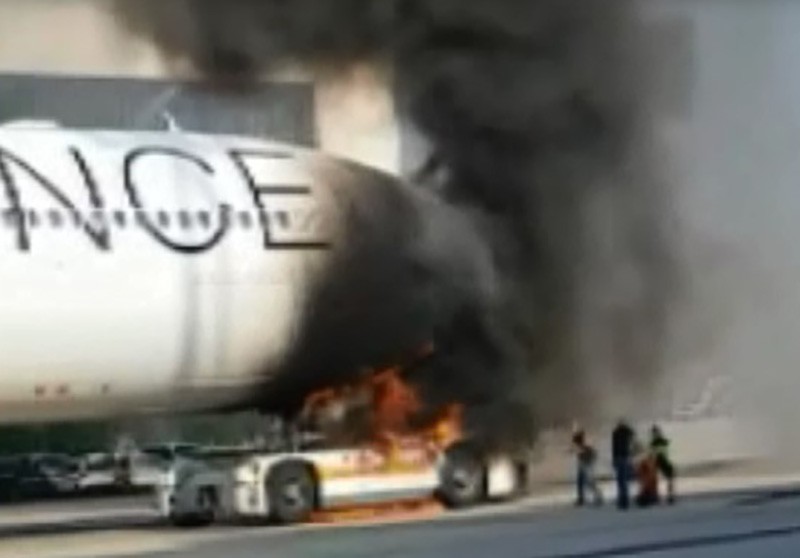 The blaze engulfed the cockpit of the U.S.-bound Lufthansa Airbus A340 as it was being transported to a terminal.

Cockpit of plane engulfed in fire at Frankfurt airport after tow truck bursts into flames on tarmachttps://t.co/LHbIRnIHpj pic.twitter.com/QM2Hxp9FCu

Fire crews were able to put out the fire but not before it caused significant damage to the plane, left blackened in a thick cloud of smoke.

No one was onboard the plane but "ten people are being treated with respiratory irritations."

Despite the dramatic scene made by the fire, traffic continued as normal at Frankfurt airport, Germany's busiest hub.