'Good times are really over for you', Italy's Interior Minister tells migrant NGOs 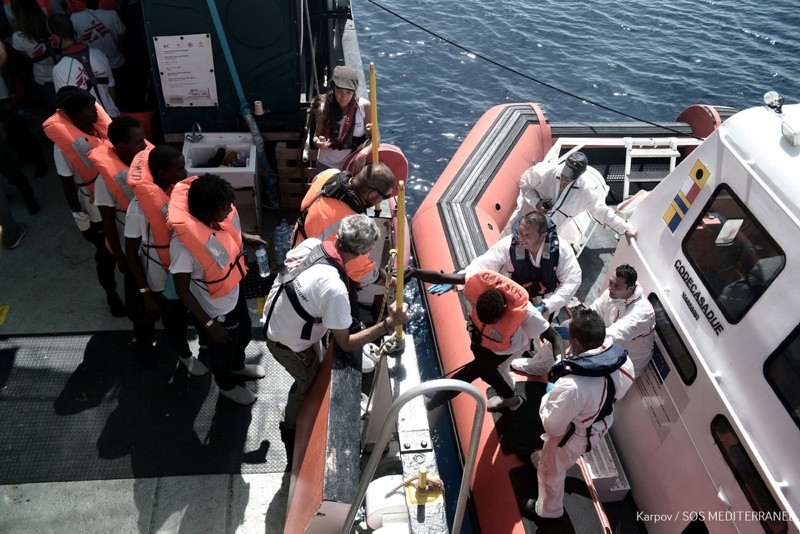 The leader placed the ban on the German non-governmental organizations (NGO) Sea-Eye and Mission Lifeline.

"These people should know that Italy no longer wants to abet the illegal immigration business, so they will have to find other [non-Italian] ports to head to," Salvini wrote on Facebook.

Salvini, who leads the far-right League party, claimed that both NGOs had stationed their vessels off the coast of Libya to pick up "a load of human beings abandoned [at sea] by traffickers."

Mission Lifeline retweeted the Italian minister's statement with a sarcastic comment: "When Fascists give us publicity..."

"We are the bosses in our own home, the good times [for you] are REALLY OVER, understood?" Salvini responded angrily.

"Crazy stuff," he said. "Insults and threats will not stop us."

On Friday, the NGO had indicated on Twitter that its boat was stationed off the Libyan coast and engaged in rescuing 118 people.

The migrants, including 14 women, four children and a baby, were on a rubber boat in distress, and Lifeline helped them to transfer onto a Singaporean cargo ship, the Viking Amber.

A U.S. Navy ship was also on the scene, but according to Lifeline, the Italian coastguard ordered the migrants to be placed on the cargo vessel, which is headed for the Libyan port of Misrata.

"We are very worried that people will be brought back to Libya after their rescue with the Viking Amber," said Alex Steier of Mission Lifeline in an emailed statement.

After also being turned away by Malta, the ship was offered a mooring in Spain and was forced to undergo a long and perilous journey to Valencia, where it is expected to dock on Sunday.

The Aquarius case exposed divisions within the European Union on migration policies and revived calls for a reform of EU migration and asylum rules in view of an EU summit scheduled for late June.