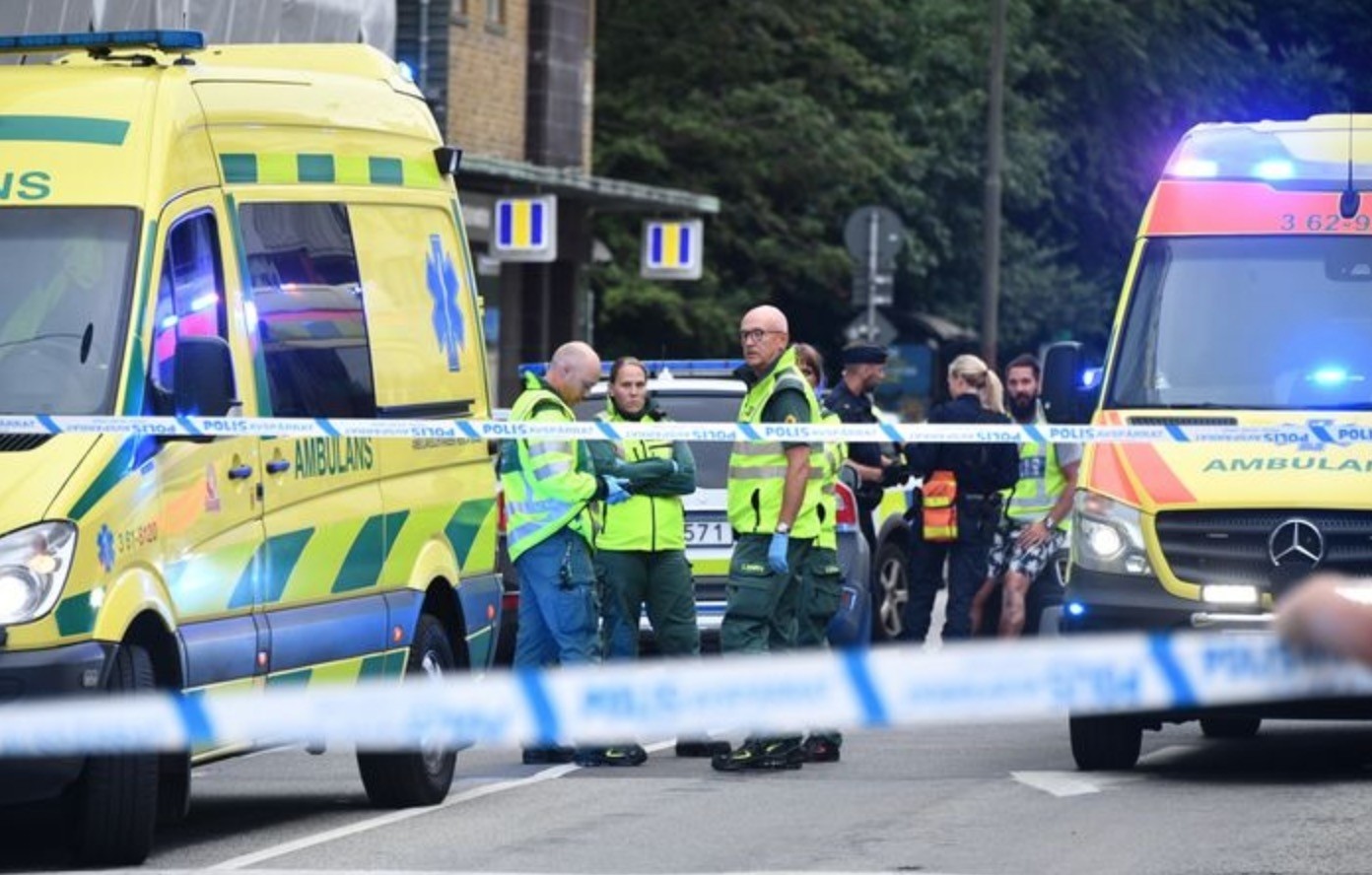 Three people were killed and three others wounded late Monday in central Malmo after an assailant opened fire on a crowd celebrating Sweden's victory in the World Cup, police said in a brief statement, adding that the attack was not terrorism related.

All six were taken to hospital. Police in Malmo said Tuesday that the men — aged 18, 20 and 29 — died overnight.

Police were questioning witnesses after sealing off the area where the shooting took place. No arrests had been made.

"There are no signs that this is terror-related," said police spokesman Fredrik Bratt. "It is probably a shooting between criminal individuals."

Witnesses told newspaper Aftonbladet they heard what sounded like 15 to 20 shots about 6:15 p.m. in the center of Sweden's third largest city. Witness Jonatan Burhoff told the newspaper he saw wounded people being carried to private cars that drove off "as fast as possible."

Aftonbladet says the shootings took place next to a police station so officers were on the scene immediately.