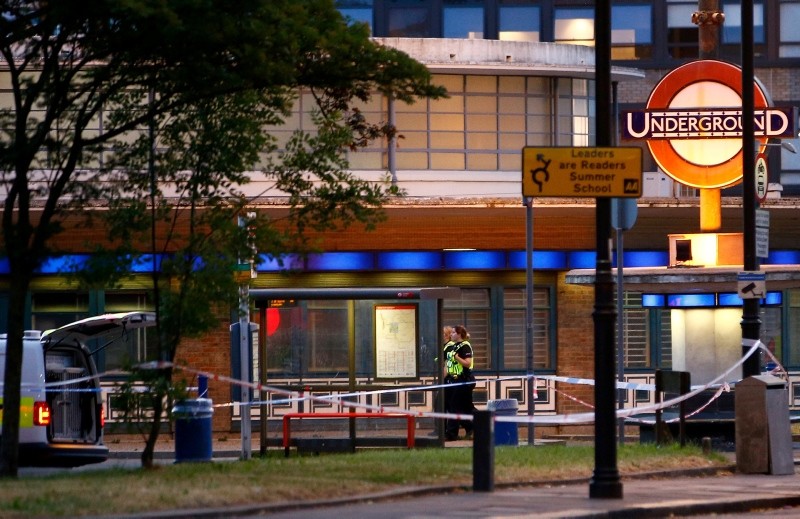 Police stand at the scene after several people were injured after a small explosion at Southgate Underground station in north London, Britain June 19, 2018. (Reuters Photo)
by Compiled from Wire Services Jun 20, 2018 12:00 am

The London police said they were alerted by a phone call that an explosion had taken place at Southgate station in North London.

Emergency services rushed to the area and the station closed down.

A battery short circuit caused the small explosion, authorities said later. British Transport Police said the incident did not seem to be related to terrorism.

"The scene has been examined by specialist officers," London Metropolitan Police said. "It appears at this stage that the cause of the explosion was a battery short circuit. The Met Police and BTP are working together to establish the full facts."

The London ambulance service said that two people were taken to hospital while three others were treated at the scene for minor injuries.

"I was at Southgate Station when this commotion started. I could smell burning (like rubber) and saw multiple people hurrying for the exits," wrote @Nakzokulah.