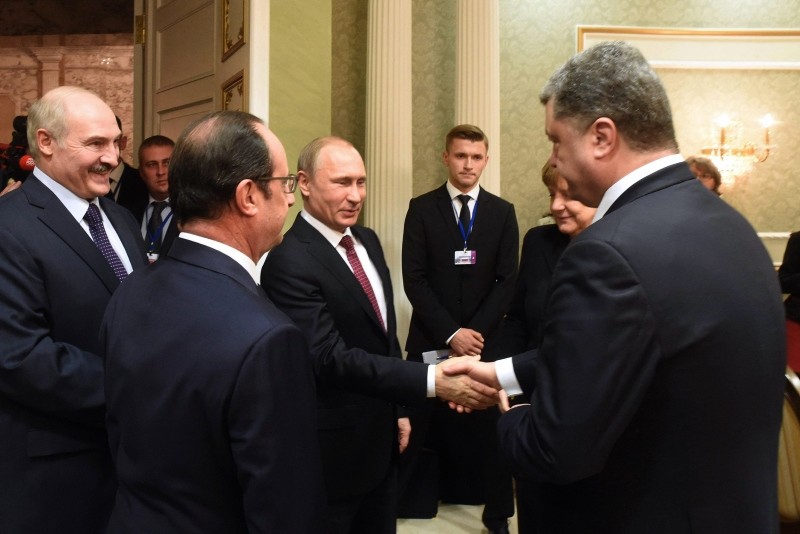 Putin told Poroshenko of the lack of alternatives to the Minsk agreement, said the Kremlin press service.

Poroshenko "called for the release of Ukrainian hostages held in Russian prisons and territories occupied by it," the Ukrainian president's press office said. He stressed the importance of letting Ukraine's human rights commissioner Lyudmila Denisova see Oleg Sentsov and other Ukrainians prisoners.

Earlier this month Poroshenko and Putin help phone talks on the same topics.

Relations between Moscow and Kiev have been tense since a popular uprising drove a pro-Russian president from power in 2014. Russia went on to annex Crimea from Ukraine and backed a pro-Russian separatist insurgency in the country's east. A ceasefire agreement that was signed in February 2015 in Minsk has failed to end the violence, with fighters from both sides violating the peace plan on a nearly daily basis.