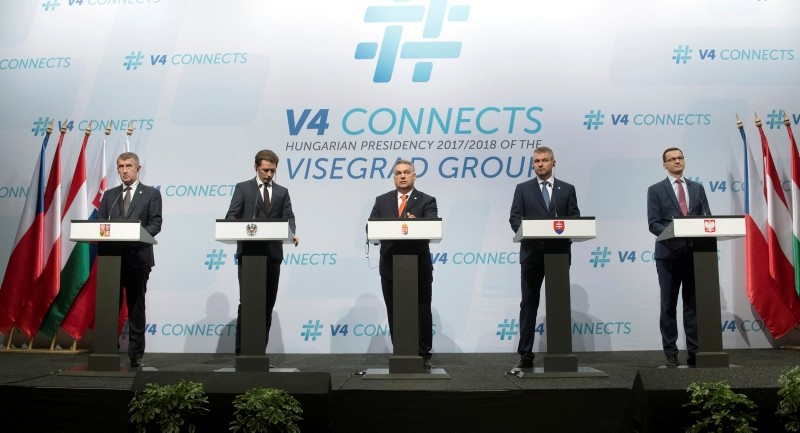 "We aren't going," he said after a Visegrad group summit in Budapest.

All four Visegrad countries fiercely oppose the EU scheme from 2015 to redistribute asylum seekers across the bloc.

"We understand some countries have inner-political problems, but that must not lead to a European-wide panic," Orban said, referring to pressure German Chancellor Angela Merkel faces over asylum policy.

"We are not going to attend, they want to re-heat a proposal that we've already rejected," he said.

Orban spoke at a meeting of the Visegrad Four along with Austrian Chancellor Sebastian Kurz, who heads an anti-immigrant government like the other four countries.