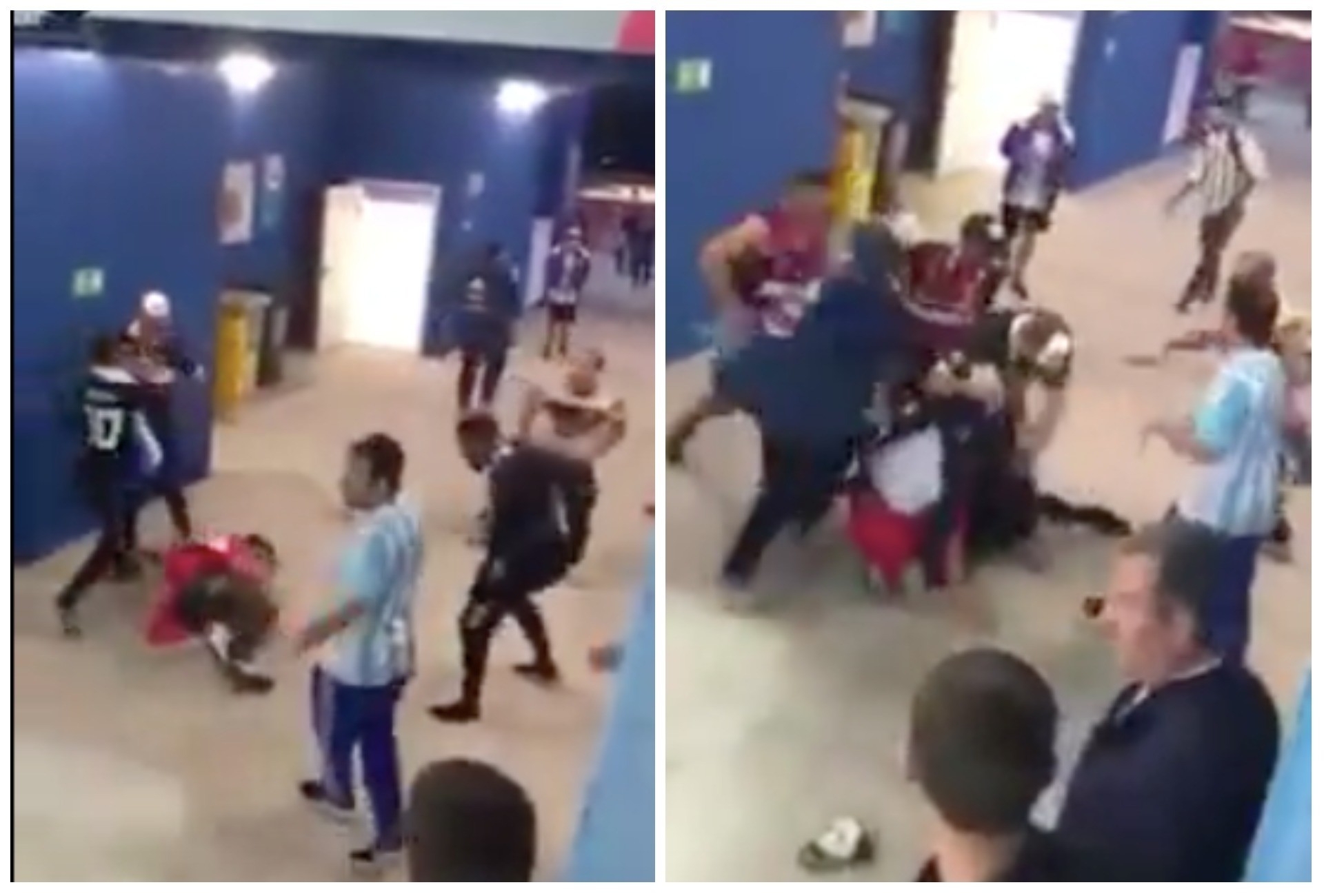 Russia's World Cup organizing committee said on Friday seven Argentinians had been detained by police after fighting with Croatian fans at a match on Thursday.

Soccer's world governing body FIFA said earlier on Friday it was trying to identify the fans, who were filmed fighting at Thursday's World Cup match between Argentina and Croatia in Nizhny Novgorod.

"According to the information the Local Organising Committee received from public security authorities of Nizhny Novgorod, seven Argentinians were detained after the match between Argentina and Croatia," an organising committee spokesman said in written comments to Reuters.

"The matter is now with the judicial authorities to judge the matter in line with the governing laws."

A video filmed during the match and circulated widely on social media shows a group of men in Argentina and Croatia team colors fighting in the stands. One Croatian supporter is punched and hit repeatedly while lying on the floor and then kicked in the head.

"We will ask Russian authorities to immediately detain them so they can be deported," the ministry said.