Danish cargo ship with over 100 rescued migrants lands in Sicily 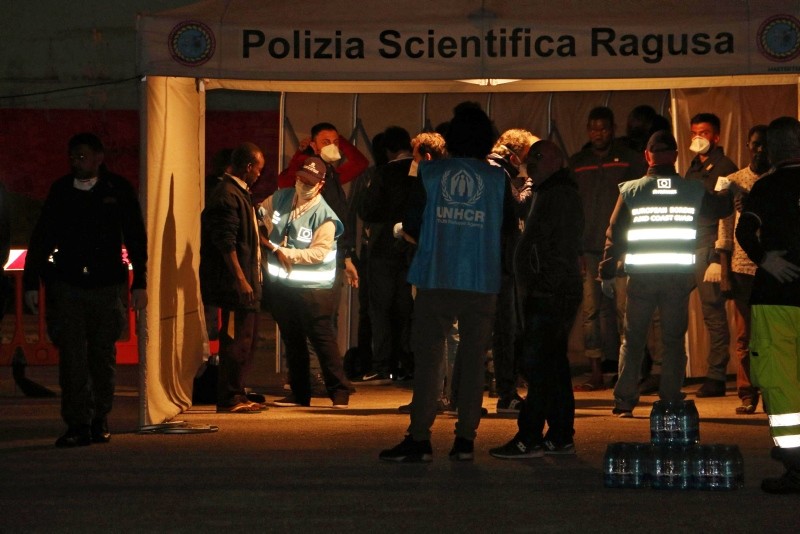 More than 100 rescued migrants from private cargo ship Alexander Maersk, picked up off the coast of southern Italy on Friday, arrived in the southern port of Pozzallo in Sicily on Tuesday.

The new Italian government has closed its ports to ships operated by charities in the Mediterranean, saying the European Union must share the burden of disembarking migrants rescued at sea, mostly off the Libyan coast.

The Alexander Maersk is a container ship owned by Maersk Line, part of Danish transport and logistics A. P. Moller-Maersk Group, and is not operated by a non-governmental organization.

It had been waiting off the coast of Sicily to be assigned a port since Friday, the ship owner had said.

The mayor of Pozzallo, who supervised the arrival, said he was happy that the Italian interior minister had allowed the Maersk to dock after he had made specific requests.

Italy has taken in 650,000 boat migrants since 2014 but its new, tough approach of turning away ships has aggravated EU tensions over immigration policy.

An Italian doctor at the port, Vincenzo Morello, said the migrants were mainly exhausted, but there were a few cases of dermatitis and someone had been operated on for spine problems and another was missing an arm due to "previous problems".

"They have eaten, and more than anything they have been calm so even if they are psychologically tired they are happy to have arrived," he said.

EU leaders failed on Sunday to come up with a joint position to tackle migration and will try again at a summit this week.

A second rescue ship, the Lifeline, stuck in international waters with more than 230 migrants aboard, will be allowed to enter one of Malta's ports after Italy refused, a French government spokesman said on Tuesday.

Earlier this month, a ship carrying more than 600 migrants, turned away by both Italy and Malta, the Aquarius, was stranded before it was accepted by Spain.