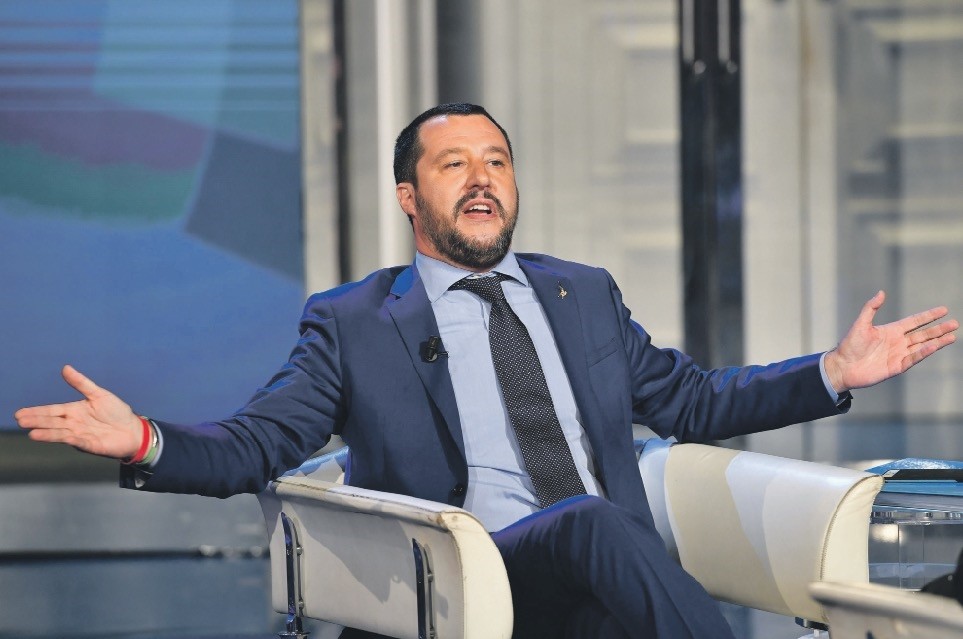 Italy's ruling right-wing League party gained ground in local elections over the weekend, strengthening its hand as it cracks down on immigrants fleeing Africa and urges the European Union to revise its policy on asylum-seekers.

The League, in a governing coalition with the anti-establishment 5-Star Movement (M5S), extended its political reach in a second round of municipal elections on Sunday, taking over some strongholds of the center-left, which lost power nationally in March.

"HISTORIC wins of the League in municipalities ruled by the left for decades: THANK YOU!!! The more the left insults [us] the more citizens reward us," Matteo Salvini wrote on Twitter.

Salvini's League ran a campaign focused on immigration and law and order. In Pisa, the city of the famous leaning tower, its share of the vote jumped to almost 25 per cent, from 0.35 per cent five years ago.

Overall, there were 75 mayoral run-off races on Sunday. Conservatives won in 28 cities, the center-left in 20, the anti-establishment M5S in five, non-aligned candidates in others. The M5S scored its own landmark victory in Imola, a town near Bologna famous for hosting a Formula 1 racetrack that has had a leftist mayor since World War II. "We need to change a lot: in terms of people and ideas," the interim leader of the center-left Democratic Party (PD), Maurizio Martina, commented on Radio Capital, as reported by dpa.

The results are a boost for League leader Salvini, who flew yesterday to Libya, staging post for waves of Africans fleeing to Italy in flimsy boats, many with the ultimate aim of settling in other EU countries, such as Germany and France.

The elections appeared to confirm opinion poll findings that show the League doubling its support since the March 4 election and putting it on par with its larger coalition partner.

Salvini, interior minister responsible for border control, wants his EU partners to revise the rules governing asylum seekers crossing the Mediterranean so that the bloc shares out the burden of handling them. Under current EU rules, responsibility for handling boatloads of asylum seekers rests with the country where they first disembark. Italy, which lies close to North Africa, has taken in some 650,000 boat migrants since 2014.

Italy, on the frontline of Europe's migrant crisis, has turned away rescue vessels with its new populist government demanding greater solidarity from reluctant fellow EU states. Recently, rescue vessel Lifeline, carrying more than 230 migrants, was stuck in international waters in the Mediterranean. A private cargo ship, the Alexander Maersk, also has been waiting to be assigned a port since it picked up 113 migrants off southern Italy on Friday, the ship owner said.

Salvini, who will be the first member of the new government to visit Libya, on Sunday bluntly told foreign charities to stop rescuing migrants off the North African coast where one group said 1,000 people were on boats in distress.

"Let the Libyan authorities do their work of rescue, recovery and return [of migrants] to their country, as they have been doing for some time, without the ships of the voracious NGOs disturbing them or causing trouble," he said, as reported by Agence France-Presse (AFP). "Italian ports are and will be closed to those who aid human traffickers," he said.