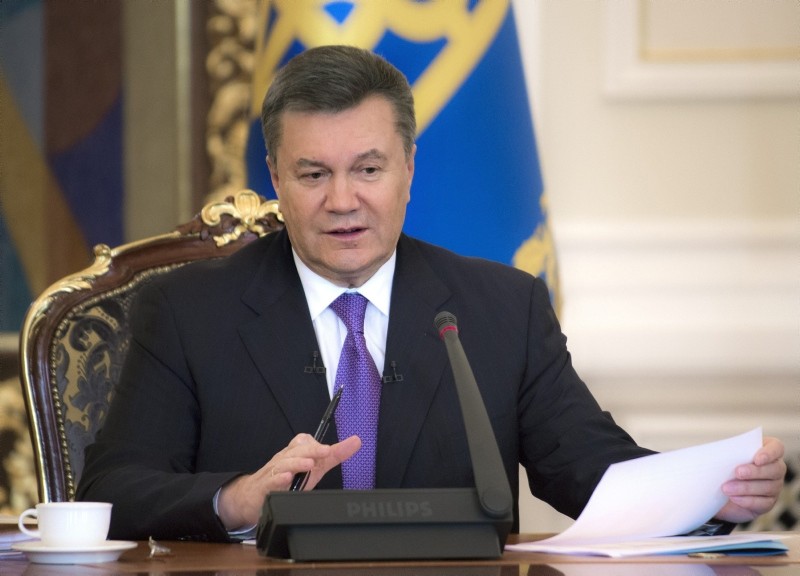 Former Ukrainian President Viktor Yanukovych, who fled his country after a popular uprising ousted him in 2014, attended a World Cup game in Russia, a report said Monday.

According to Russian daily Kommersant, Yanukovych was in the VIP lounge of Moscow's Luzhniki Stadium during round of 16 match between Spain and Russia on Sunday.

"Even Mr. Yanukovich was there. He just went out to people from exile, and after the match, thank God, he went to where he came from, and that is back into exile," the report said.

Yanukovych and his corrupt regime sparked massive protests when he ditched an association accord with the European Union, and then fled to Russia in early 2014 after a bloody crackdown in Kiev failed to quell the demonstrations.

Russia annexed Crimea from Ukraine shortly afterward and Kiev has been battling Russia-backed separatists in eastern Ukraine ever since.

Yanukovych is on trial in absentia in Kiev, accused of high treason and having violated the territorial integrity of Ukraine.