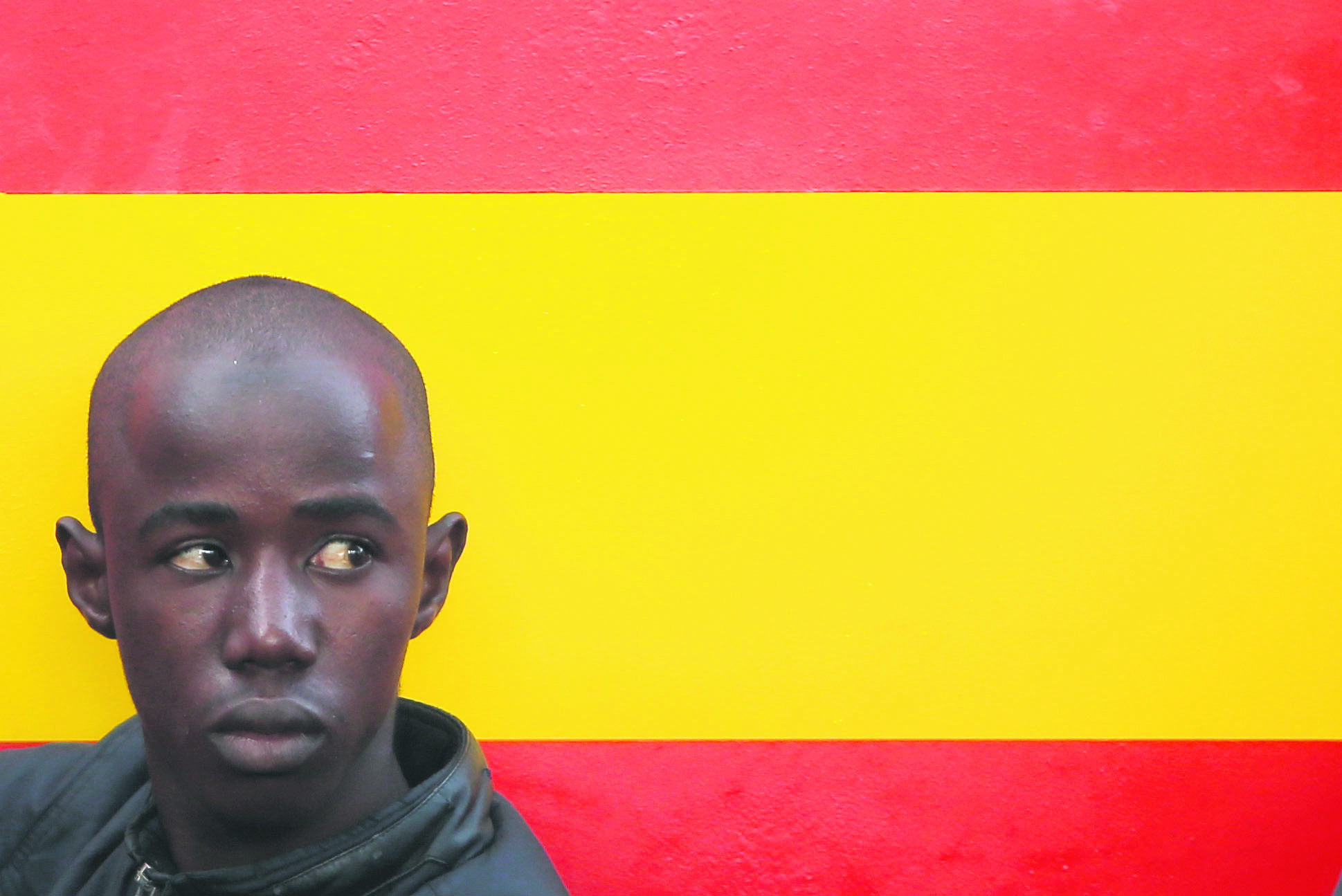 After Italy and Greece, Spain could become the primary entry point for migrants in Europe.
by Compiled from Wire Services Jul 09, 2018 12:00 am

As EU member states reached a deal to curb migrant flows from Libya, the western Mediterranean route from Morocco to Spain could become the most popular pathway for migrants

The head of the EU's border agency warned yesterday the western Mediterranean route from Morocco to Spain might develop into the next key pathway for migrants seeking to reach Europe. "If

you ask me what is my current biggest worry, I would say Spain," Frontex chief Fabrice Leggeri told Welt am Sonntag newspaper, Agence France-Presse (AFP) reported.

While the land route through Ceuta or the second Spanish enclave of Melilla is popular, many more migrants are increasingly reaching Spain by boat. Data released by the International Organization for Migration (IOM) show that 6,513 migrants arrived in Spain in the first six months of 2017. In comparison, Leggeri said 6,000 irregular arrivals in Spain were recorded in June this year alone. "If the numbers keep rising like they are now, then this route will become the most significant," said Leggeri.

To date, Italy and Greece have recorded the largest number of migrants crossing the Mediterranean to reach the European Union. But with the route through Libya shutting down as the Libyan coast guard increases patrols, people smugglers are setting their sights westward. More than 22,000 people made the crossing in 2017, while so far this year more than 15,000 have reached Spain by sea, according to figures from the U.N. refugee agency, the UNHCR. The numbers are comparable to Italy, which this year has seen nearly 17,000 people arrive, while close to 14,000 have made it to Greece by sea, UNHCR data shows.

All options pose risks, of drowning, abuse by smugglers or even kidnapping. A Europol operation detailed last month uncovered a trafficking network which smuggled more than 100 children from Morocco to Spain, charging them each 2,000 to 8,000 euros ($2,350-$9,400). A second gang kidnapped young migrants and forced their families in Morocco to pay 500 euros for their release, the EU's law enforcement agency said.

Morocco is, like other North African countries, a departure point for African migrants heading in makeshift boats for Europe. A total of 174 people have already died on the route between North Africa and Spain this year, up from 121 in the same period of 2017, while the number of people arriving in Spain reached 19,668 by Nov. 29, as reported by Reuters.

EU member states last week reached a controversial plan to curb migrant and refugee arrivals from Africa and the Middle East. The deal includes the creation of secure centers for migrants in the bloc, "disembarkation platforms" outside the EU and sharing refugees among member states. The accord came after Italy's new populist government pushed the issue to the forefront of the EU agenda by refusing to open the country's ports to migrant rescue ships. A big part of the problem is that the EU has failed to evenly distribute among its population of 500 million what U.N. data shows is fewer than 2 million new arrivals since 2014, partly because countries like Poland and Hungary refuse to take part. That has exacerbated disproportionate pressure on southern countries like Greece and Italy. Three years later, the problem has still not been resolved.