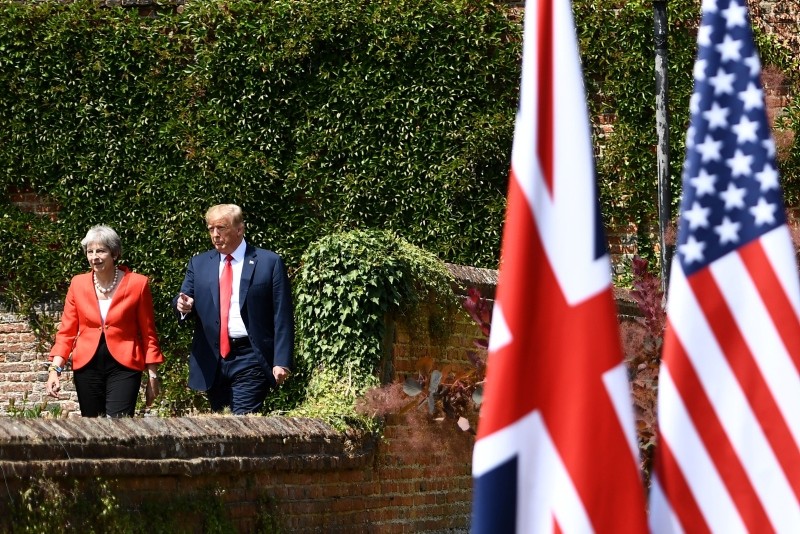 The U.S. President Donald Trump refused to answer a CNN reporter's question during a joint press conference with British Prime Minister Teresa May, saying that "CNN is fake news."

"I do not take questions from CNN," Trump said.

This is not the first time Trump has refused to answer a CNN reporter's questions.

Earlier in June, when Trump held a news conference at the G7 summit in Quebec, he told reporters during one exchange that he "came up with the term fake news" because many journalists who cover him are "very dishonest." In response to a journalist representing CNN, Trump criticized the premise of the reporter's question and then described "fake news CNN" as "the worst."

Trump spoke at a news conference with May following meetings at her official country estate outside of London.

Asked to rate the U.S.-U.K. relations, Trump gave them the "highest level of special."

Trump also reiterated that he thinks Boris Johnson would be a great prime minister. Johnson recently resigned as British foreign minister to protest May's handling of Britain's exit from the EU.