1 gored, 5 bruised while running with bulls on final day of San Fermin festival in Pamplona 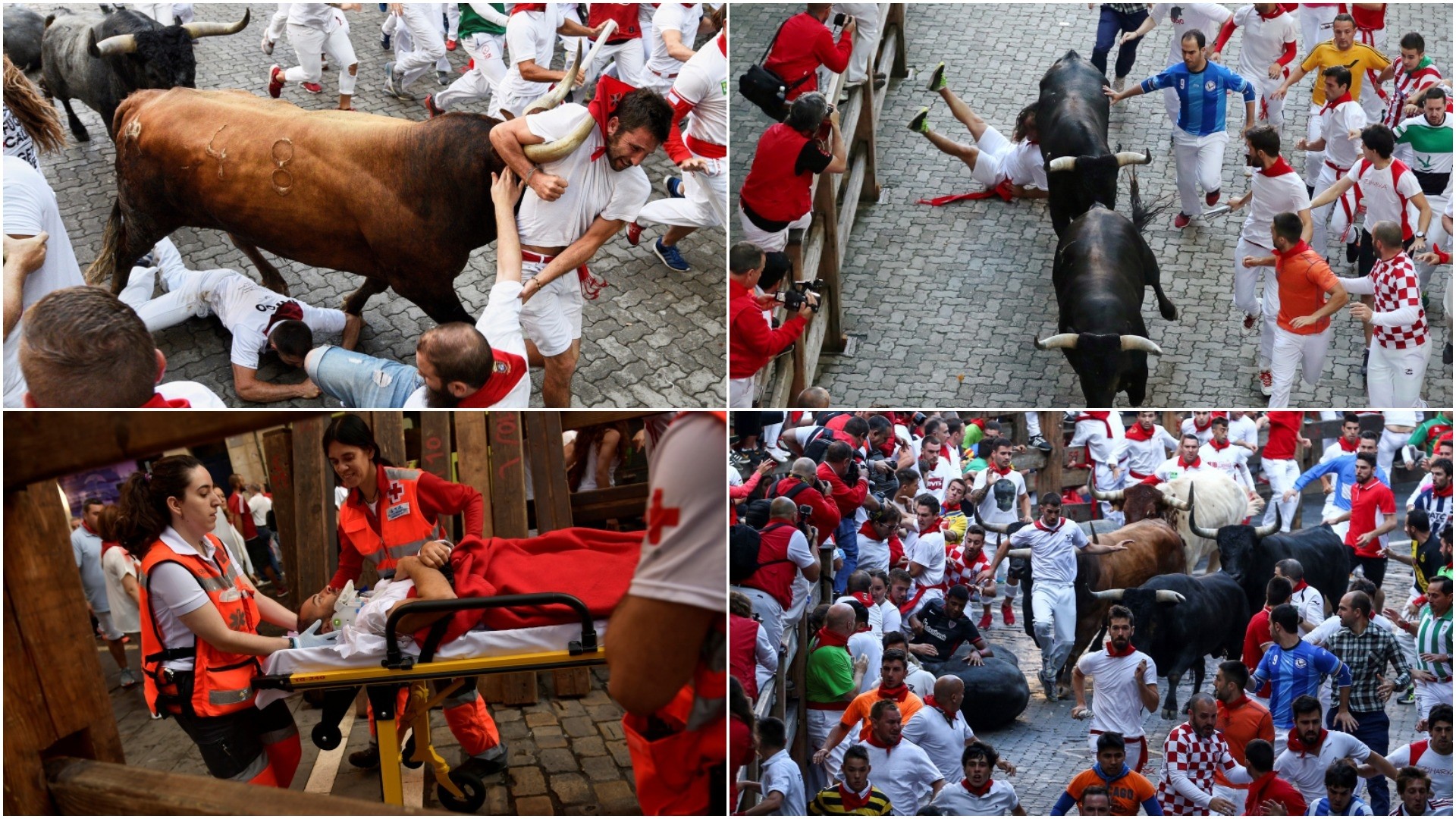 Spanish health officials say the final bull run of the San Fermin festival in Pamplona has left six people injured in the fastest dash this year in the northern Spanish city.

Tomas Belzunegui, a spokesman with Navarra's provincial hospital, says the six were bruised after being trampled Saturday as the bulls completed the 930-yard (850-meter) course along cobbled streets in 2 minutes, 12 seconds.

One man was dragged for meters (yards) by a bull after a horn got entangled in his neckerchief. He was taken away on a gurney.

The eight bull runs on consecutive days caused injuries to a total of 28 people this year. Two of them were gored.

The festival draws around 1 million visitors each year. Dancing, food and alcohol are among the main attractions.