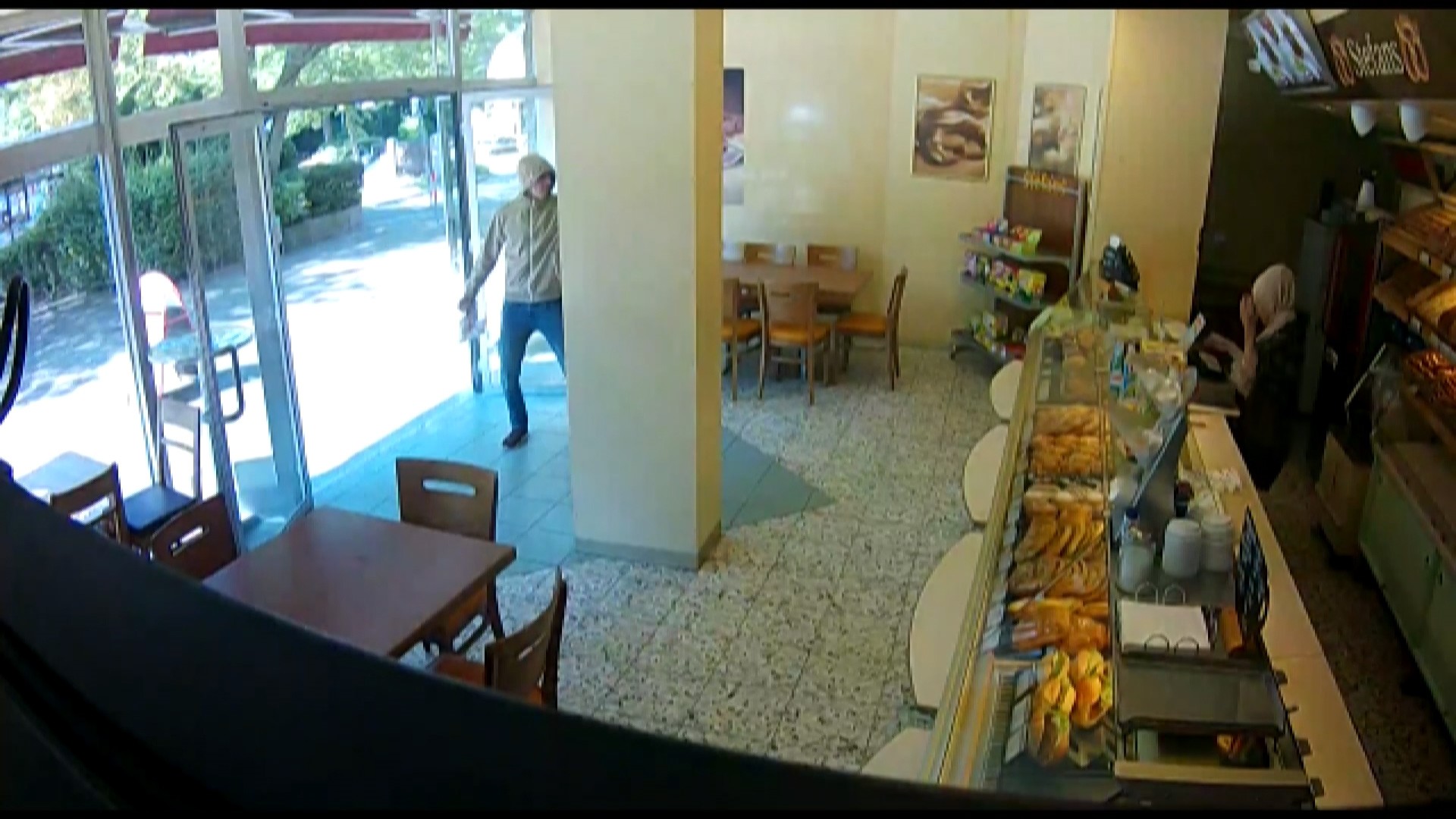 Security footage shows man firing six shots at a female employee wearing a headscarf in a Turkish-owned bakery in southwestern Germany; the owner suspects the attack was racially or religiously motivated https://t.co/pndQgt3Nc7 pic.twitter.com/zfOjOOIKom

Security camera footage released Tuesday captured the moment a hooded man entered a cafe in southwestern Germany and immediately started shooting at an employee who was wearing a headscarf, in what is suspected to be a racist and Islamophobic attack.

In the video, the assailant is seen firing six shots at a Muslim female employee right after entering 'Stefans' bakery and cafe, which was later learned to belong to a Turkish man.

Police said the assailant used a blank pistol, and the employee was unhurt in the incident.

Alper Yıldırmaz, owner of the bakery in the city of Heilbronn in Baden-Württemberg state, told Anadolu Agency that they suspect the attack was racially motivated.

Racist attacks against Turks were rare earlier, but they gradually increased in the 1990s during which several Turks were killed in arson attacks by suspected neo-Nazis. Then came the murder of eight Turks by neo-Nazi gang National Socialist Underground (NSU) in the early 2000s. Since then, attacks have been sporadic but sufficient to raise concerns among the Turkish community as far-right groups went mainstream in the past few years, along with anti-Turkish discourse among far-right politicians.

Germany has also witnessed growing Islamophobia in recent years fueled by propaganda from far-right parties, which have exploited fears over the refugee crisis and terrorism.