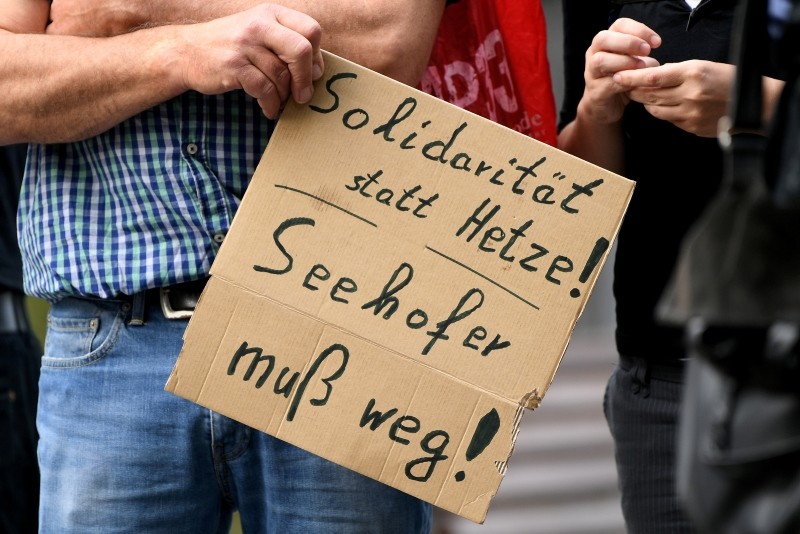 A demonstrator holds a placard during a protest against the German asylum policy at the Ministry for Children, Family, Refugees and Integration of North Rhine-Westphalia in Duesseldorf, Germany, July 17, 2018. (EPA Photo)
by Associated Press
Jul 18, 2018 12:00 am

German authorities plan to bring back to Germany an Afghan asylum-seeker who apparently was deported mistakenly while legal proceedings were still ongoing in his case.

Interior ministry spokeswoman Eleonore Petermann told German Press Agency (DPA) on Wednesday that the Federal Office for Migration and Refugees plans to take "the necessary steps" for the 20-year-old man's return to Germany.

Interior Minister Horst Seehofer said that the migration office had misidentified the man and that authorities in northeastern Mecklenburg-Western Pomerania state, where he lived, hadn't been aware of the mistake.

According to broadcaster NDR, he was one of 69 people deported to Afghanistan on July 3.