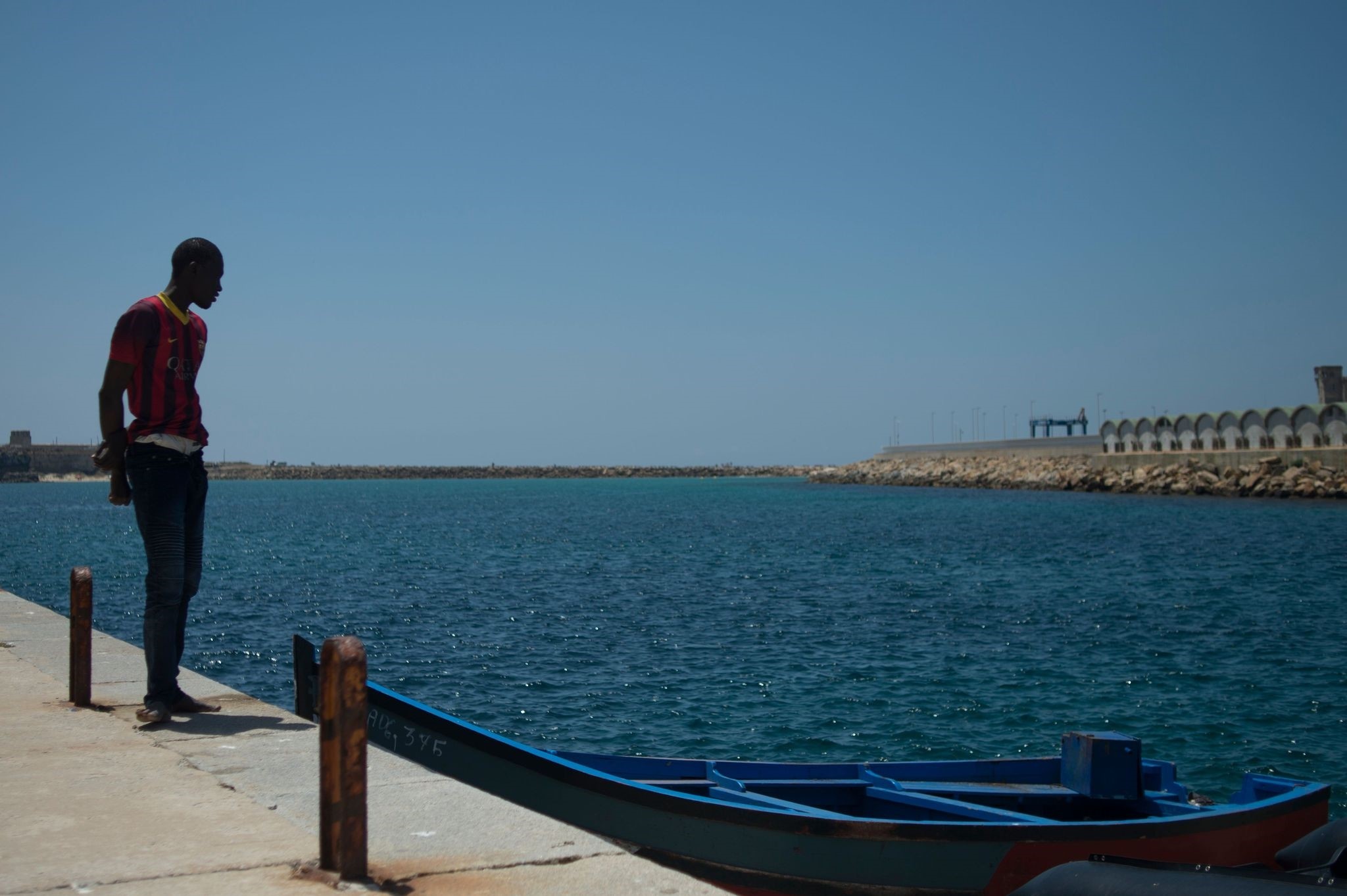 Migrantsu2019 deadly journey across the Mediterranean remains the worldu2019s deadliest migration route, and as polarizing as ever in European politics.
by Daily Sabah Jul 19, 2018 12:00 am

The death toll from a capsized boat off the coast of Northern Cyprus, believed to be carrying as many as 150 migrants, increased to 19

As the EU has yet to find common ground to save the lives of migrants at sea, the Mediterranean death toll continues to rise with at least 19 undocumented migrants drowning after their boat sank off the coast of the Turkish Republic of Northern Cyprus (TRNC) yesterday, officials said. Northern Cypriot Coast Guard teams said 103 of the migrants were rescued, while 25 are reported missing off the coast of the town of Yeni Erenköy. Coast guard teams from Turkey also took part in the search and rescue, as the area is within Turkey's rescue zone as well.

The rescued migrants were brought to Turkey.

In 2015, Turkey became one of the main launch points for more than a million migrants taking the dangerous sea route to the European Union, many fleeing conflict and poverty in the Middle East and Africa. A 2016 deal between Turkey and the European Union sharply reduced the flow of refugees into the bloc, after thousands died crossing from Turkey to Greek islands a few miles offshore. From January to May this year at least 26 migrants died trying to cross to Europe from Turkey, according to coast guard statistics.

The journey by land through the Sahara and then across the Mediterranean remains the world's deadliest migration route, and as polarizing as ever in European politics. Italy's Interior Minister Matteo Salvini, who is also the head of far-right League and a prominent member of the new Italian government, is leading a high-profile campaign to exclude humanitarian rescue ships from Italian ports. He also argues that European countries should find a way to block the migrants before they leave Africa or send boats with asylum seekers back to the ports where they came from, including to Libya's harbors.

Among the 50,872 migrants that crossed the Mediterranean Sea as of July 15, 1,443 had lost their lives while trying to cross into Europe, the U.N. refugee agency reported. In a statement, the International Organization for Migration (IOM) said the arrivals are mainly from Tunisia, Eritrea, Ivory Coast, Mali, Guinea, Pakistan, Iraq and Algeria. The number of migrants has decreased by 80 percent compared to the same period last year.

"Migrants arriving at the port told IOM staff that four traveling companions died last Friday. Witnesses said all were on board, although without water or food when they spotted another vessel, still not identified. Driven by despair, about 30 people jumped into the water trying to reach the ship, which was much too far away," Flavio Di Giacomo, the IOM representative in Italy, said in the statement. "Four drowned, all of Somali origin, including one 17-year-old boy. These reports were later confirmed by the friends and relatives of the four migrants, who also were on board," he added, lamenting on recent casualties around the sea. He said that the central Mediterranean was the deadliest of the region where most migrants drown. "There is no migration crisis, but a humanitarian emergency," he stressed on his Twitter account.