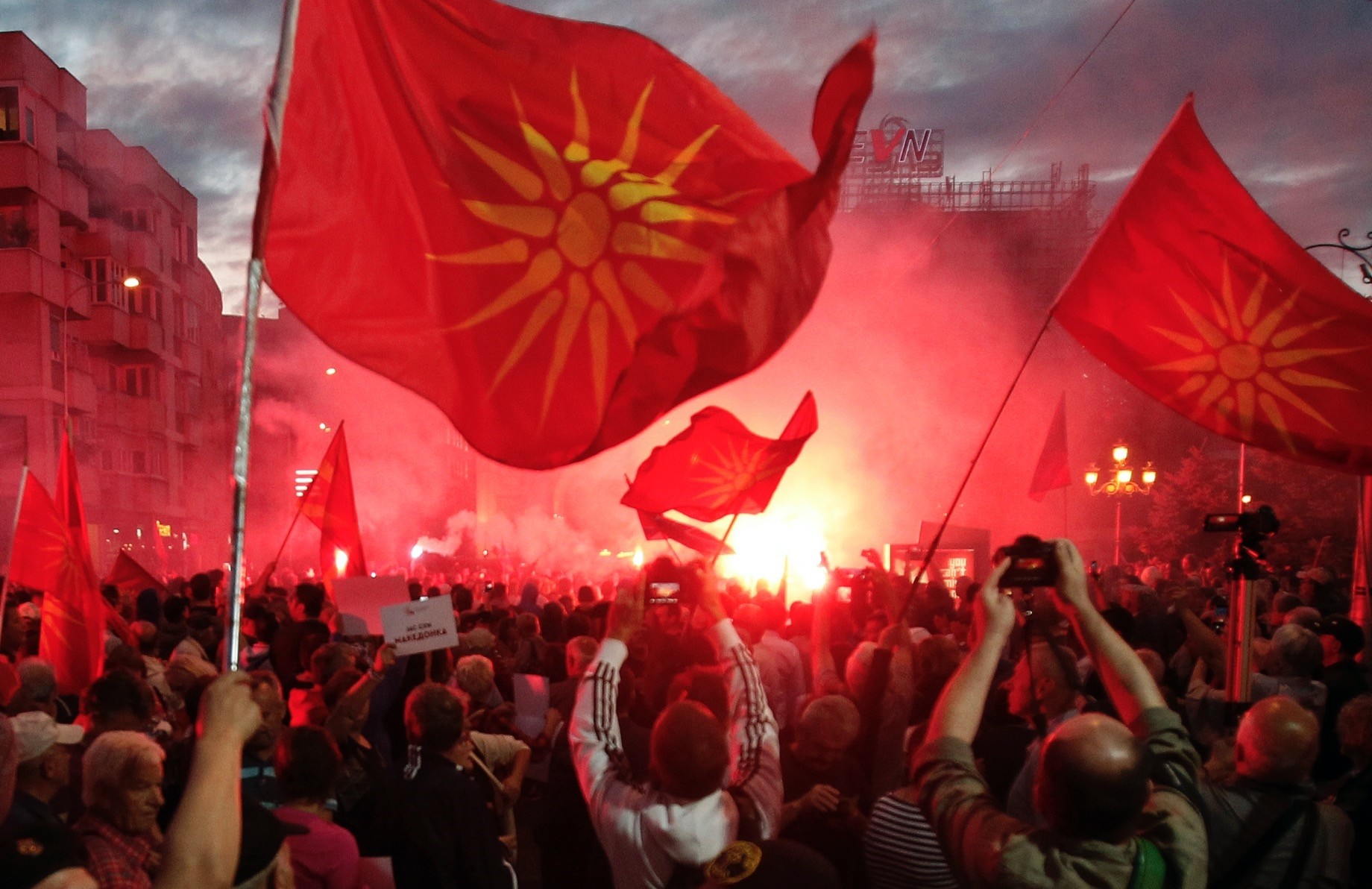 Opponents of the name deal between Greece and Macedonia gathered outside the parliament, Skopje, June 23.
by Compiled from Wire Services
Jul 20, 2018 12:00 am

The war of words between Russian and Greece increased as Moscow accused Athens of meddling in Macedonia's plan to start membership talks with NATO, following the name deal

Russia stepped up its criticism of Greece over the expulsion of two of its diplomats, accusing the Greek government Wednesday of participating in "dirty provocations" around Macedonia's plan to become a NATO member.

Russian Foreign Ministry spokeswoman Maria Zakharova alleged Wednesday that Greece, a NATO member since 1952, had acted under pressure from its military allies. "We are fully aware that Greece was subjected to pressure at the highest level," Zakharova told reporters, according to Reuters. She called the expulsions "crude and unjustified" and said they "will not remain without consequences," but did not elaborate.

In response, Russia must stop interfering in domestic affairs and treating Greece with disrespect, the Greek foreign ministry said late on Wednesday, after Moscow warned of consequences following the expulsion by Greece of two Russian diplomats. It added that the Russian authorities "are very well aware of what their people do" and said they seemed "to want to legitimize these illegal actions".

"The constant disrespect for Greece must stop. No one can or has the right to interfere in Greece's domestic affairs," the statement said. The reported remarks by Russian foreign ministry spokesperson Maria Zakharova, showed "a lack of understanding of today's world, in which states, regardless of their size, are independent and can exercise an independent, multidimensional and democratic foreign policy," it added.

Athens expelled the two Russian diplomats and barred two other people from entering the country last week, accusing them of trying to bribe unidentified officials and foment demonstrations to thwart a deal to allow Macedonia to join NATO. The Greek daily Kathimerini earlier said Greek authorities were investigating whether the Russian diplomats had meddled in Greece's internal affairs and quoted diplomatic sources as saying the suspicions were solely focused on those four individuals. He also said there was also growing unease in Athens over the increased influence of the Russian Orthodox Church at Mount Athos, an all-male monastic community in northern Greece.

The issue is sensitive in Greece, where political stability is pivotal as the country emerges from a huge debt crisis. Prime Minister Alexis Tsipras' fragile left-right coalition recently lost two lawmakers who quit after the Macedonia accord, bringing his parliamentary majority to 152 out of a total of 300 seats. Moscow has denied wrongdoing.