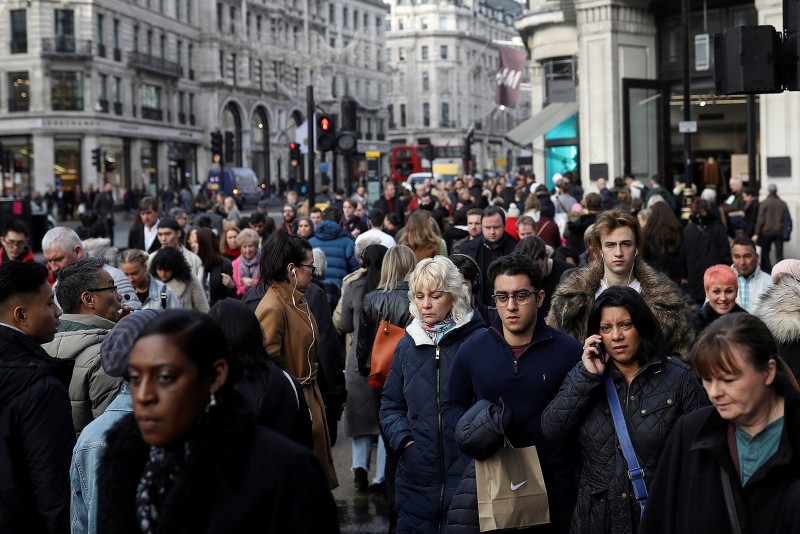 Britain is home to about 136,000 modern slaves, a global survey found on Thursday - a figure 10 times higher than government estimates that points to emerging forms of slavery, police and campaigners said.

About one in 500 people in Britain were trapped in modern-day slavery in Britain on any given day in 2016, according to the 2018 Global Slavery Index (GSI) by rights group Walk Free Foundation, which says the crime affects 40 million globally.

The government estimated in 2013 that only about 13,000 people in Britain were modern-day slaves - trapped in forced labour, sexual exploitation and domestic servitude - while the police have said there are likely to be tens of thousands.

"This report reinforces that we are dealing with an evolving threat," said Tom Dowdall of the National Crime Agency (NCA), which received 5,145 reports of suspected slavery victims in 2017 in Britain, up more than a third from 3,804 in 2016.

"For example, we know that criminals involved in these types of exploitation are going into online spaces to enable their criminality," the NCA's deputy director added in a statement.

Britain has been regarded as an global leader in the fight against trafficking since passing the 2015 Modern Slavery Act to fight a crime estimated to raise annual profits of $150 billion.

The law introduced life sentences for traffickers, measures to protect people at risk of being enslaved, and made large companies scrutinise their supply chains for forced labour.

The GSI ranked Britain as the third best country for tackling slavery, behind the United States and the Netherlands.

Yet activists say Britain not yet made a serious dent in the illicit trade, and the country this week launched an inquiry into its anti-slavery efforts, citing concerns over the effectiveness of its landmark law and limited victim support.

"The figures in this report are not based on UK statistics, but clearly this highlights the seriousness of this crime," said a spokesman for Britain's Home Office (interior ministry).

Prior slavery estimates by Walk Free and the United Nations have been criticised by some academics as incomplete and unable to monitor progress of a global goal to end slavery by 2030.

Forced labour is believed to be rife across Britain's building sites, nail bars, car washes, factories and farms, while a rising number of children are being used by gangs to carry drugs between cities and rural areas, according to police.

"The (GSI) number is much bigger than previous estimates because the discussion is evolving and new forms of slavery are emerging," Jakub Sobik, spokesman for London-based Anti-Slavery International, told the Thomson Reuters Foundation.

"We are still learning about the hidden phenomenon but this new figure indicates the scale of modern slavery."