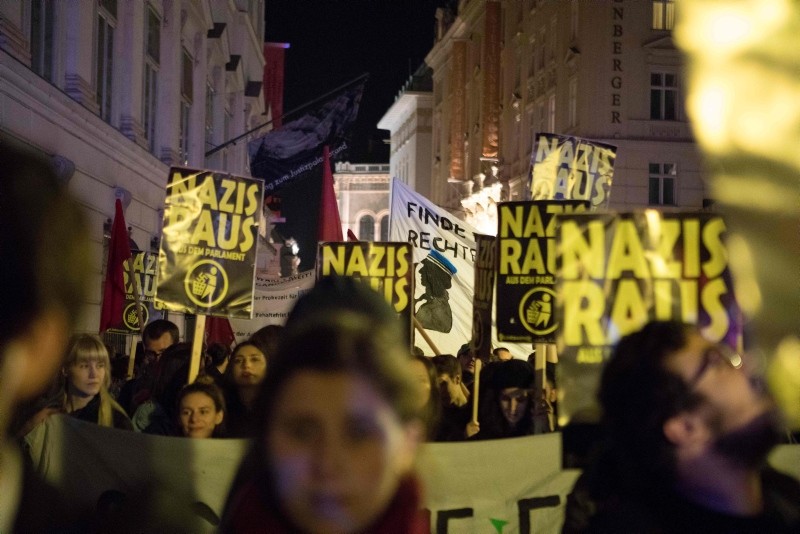 A court in Austria has acquitted 17 members of the far-right Identitarian Movement (IBÖ) of incitement to hatred and forming a criminal organization in connection with several high-profile stunts directed against migrants.

Public broadcaster ORF reported that the Graz regional court found one member of the group guilty of bodily harm and harassment over an incident in June 2016, in which members stormed the stage during a talk on refugee policy at Klagenfurt University and unrolled banners reading "Stop Immigration" and "Integration is a lie".

Another IBÖ member was found guilty of property damage. Both were fined.

Most of those indicted have been active in the group since its founding in 2012, including its most prominent figure, Martin Sellner. British authorities denied Sellner entry into the country earlier this year.

In April, Sellner took part in an incident near the French-Italian border in which far-right activists blocked a mountain pass to protest the rise of migrants crossing the Alps.

The group, which campaigns against Islam and immigration, has ties to the U.S. far-right movement and the Austrian Freedom Party (FPO), which is part of the country's governing coalition.